The Care and Feeding of Monsters

I recently had the surreal but entirely positive experience of revisiting my book on the occasion of its release, ten years after publication, in audiobook form. I began listening as a kind of quality check, bracing myself for the voice actor to introduce “Shooler’s Monster”. (He didn’t; he was actually a fantastic actor, and I couldn’t be more pleased that he was the one who got to spend nine hours in a recording booth instead of me. We were all spared my stuttering, monotone twang. You’re welcome.) I began listening to the first chapter, and then, like a drunk who blacks out and then wakes up the next day pantsless in the park, suddenly I found I’d listened to the whole thing.

I stayed for the entire book, not because it is such a brilliant work of wordsmithery, but rather because I hadn’t actually read the whole thing from beginning to end in, well, probably ten years. Once I stepped into the prologue, back in New Haven with baby Schuyler and that beautiful, horrible afternoon in a late New England summer, all my half-forgotten anxieties and heartbreaks and WTF moments became real to me all over again. 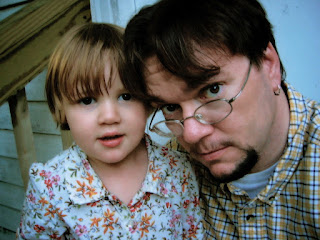 I found myself back in the summer of 2003, when my baby girl was an internally focused and entirely wordless enigma, and the future consisted of a rolling mist, opaque but presumedly fully of hungry, hateful monsters. Schuyler was imperiled by that future, and I was too dumb and too scared to do anyway thing more than step into it with her. 2003 was the summer of “Well, shit, here goes nothing.”

Monsters. Their nature has changed over the years, although they are as omnipresent as ever. I have a small confession to make about the title of my book. Some people hated it, and others found it to be an elegant metaphor, but either way, it wasn’t my brilliant idea, not directly. I’d been referring to “Schuyler’s monster” on my blog for some time before the book was written, but the term itself originally came from Schuyler.

I’ve said many times that the only two things I know for sure I’ll always give Schuyler are love and the truth, and that was true from the very beginning. After her diagnosis, she knew something was wrong, she understood that something big had changed. When I tried to explain it to her on a level that would make some sense to her (as if it made any to me, then or now), her eyes lit up, and she asked a question, with her combination of primitive sign language, even more primitive verbal language, and her omnipresent miming as if her life was an unending game of charades,

Was it a tiny little monster living in her head?

And I thought, You know what? It kind of is. Let’s go with that. 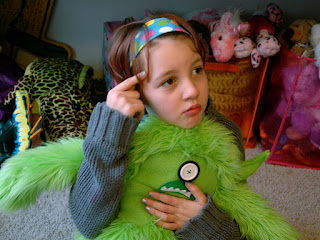 At the time immediately after Schuyler’s diagnosis, in my state of numbed panic and heartbreak, the idea of what a little monster inside her beautiful but inscrutable brain might be doing to her was simple. It was hurting her. It was trampling her future and making its plans to whip up lightning storms inside her sweet little head. It might have even been preparing to extinguish her life altogether. No one knew, and because I’m her father and thus needed to be prepared, I believed the worst case scenarios and stood by, ready to do what I could to protect her from that monster and those storms. I was aware then as I am now, of course, that what I could do to save her was not a goddamn thing.

It’s been almost fifteen years since that awful summer, the one that broke me but not Schuyler. The life she lives now is not the one we were warned to prepare ourselves for. Her brain was badly malformed, maybe as much as three quarters of it affected by her polymicrogyria, but it nevertheless reformed its lines and rewired its functions and is doing its brainly job with style and ingenuity. She had feeding difficulties, but aside from maybe half a dozen terrifying choking incidents, she’s navigated the world of food with gusto, and most of those feeding issues have completely faded. She has intellectual disabilities, but she’s not a fool. She experiences and processes the world around her in her own way, but that way isn't childish or insufficient.

It’s weird and wonderful and cool, Schuyler’s brain world. And she’s right. It has a monster in it.

This monster isn't the one I feared when she was so much younger. It’s not a monster that Schuyler hates, I don’t think, not really. Her polymicrogyria, and the unique life it gives her, is hard, and it lacks navigation or instructions. But after all these years of keeping on keeping on, of finding what works and what she wants to do with the complicated and compromised life she’s been given, Schuyler lives that life always aware of her challenges but not fixated on them. At the impossible age of eighteen, she’s doing her very best, and her very best isn’t bad at all. As a matter of fact, Schuyler’s best is pretty extraordinary.

And there’s a monster there still. She seems less and less motivated to hide it than she was even a year ago, which I believe is a very positive development. She seems less interested in trying to pass for neurotypical than she was even a year ago. Perhaps she’s experienced the world of the neurotypical for long enough to know that we’re not so perfect, or more to the point so undamaged, as she might have once believed. The reality of the world has made a strong case for alternative possibilities she might not have entertained before now.

The typical world is kind of screwed up, in other words. Her atypical life might not be all that lacking after all.

If you’re not a part of the disability community, and by that I mean if you don’t have a disability yourself, or have immediate family members or professional clients with a disability, you might imagine our lives as being an ongoing season of The Disability Show all the time. And I guess on some level that’s true, in that it never goes away. There’s always a monster-shaped chair in every room, and it’s never unoccupied. 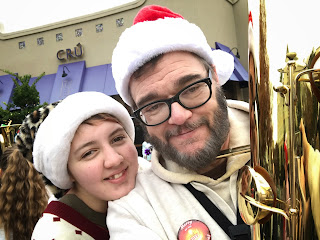 Our reality is more subtle than that, however. We don’t talk about it every day, or even most days. The older Schuyler gets, the less she worries about it. And for all that I write about Schuyler’s polymicrogyria and trying to make sense of it, I don’t think of Schuyler as the disabled kid all the time. I’m not always Disability Dad. Sometimes I’m Amateur Musician Dad now, for example; I’ve begun to learn a new instrument (the ophicleide, which is perhaps the ultimate hipster instrument, in that you’ve probably never heard of it). We’re all living our lives as people, and Schuyler’s disability is a significant part of that, but it doesn’t suck up all the oxygen in the room the way it once did.

It’s not that I live in denial. But the fact is, when you know Schuyler, she’s just Schuyler, polymicrogyria and weird ways and rockstar presence and big laugh and all. When you get to know her, she becomes more.

That’s important. The world in general sees someone like Schuyler as less. It sees people like her as diminished members of society, because it doesn’t see them in their totality. People with disabilities are treated like partial people by our society because our society doesn’t know them. Much of our society doesn’t even realize they are knowable. And until those relationships become real, until students in school and adults in their workplaces and tv viewers turning on their favorite shows begin to see people like Schuyler existing and working and laughing and cursing and living messy lives right next to them, there will always be a divide. There will always be an Other. And as a society, we are absolutely awful when it comes to embracing the Other.

Schuyler’s life now is a mix of the typical and the monstered. She attended her school’s Homecoming dance last fall, with a shy young man who asked her to the dance and made her world suddenly bright with possibilities. She went to prom last week with another exceptional young man, this time one whom she invited, perhaps because she’s beginning to understand that if she wants to have the world on her terms, she’s got to spell those terms out herself. This summer we’re speaking to a gathering of polymicrogria families and then traveling to Australia so she can attend a leadership workshop for adults who use assistive speech technology. And at the end of the summer, she’ll enter into an internship at a major local hospital, where she’ll spend about nine months learning valuable job skills in a variety of different positions.

After that, Schuyler will enter the adult world in earnest. She’ll step into the foggiest of fogs, and she’ll lose the protections that school and childhood have cloaked her in. Will the world be ready for her? Is it ready for any of her peers? I sometimes wonder. The speeches I’ve been giving over the past few years have contained a lot of calls to arms where disability rights and societal change and authentic relationships with people like Schuyler are concerned, but I sometimes fear that while the faces in the audience may change, they’re still mostly members of the choir that I’m preaching to.

I want to change the world, and I fear that I can’t. It’s dawning on me now that I’m not going to be the one to do it.

It’ll be Schuyler, and people like her. And they’ll do it because it needs to be done. The rest of us need to help them build a world in which they have the opportunities the rest of us enjoy in our extreme privilege. And when we step back and watch what they do with those opportunities, all I know for certain is that our only appropriate reactions will be ones of respect, and maybe even just a touch of awe. 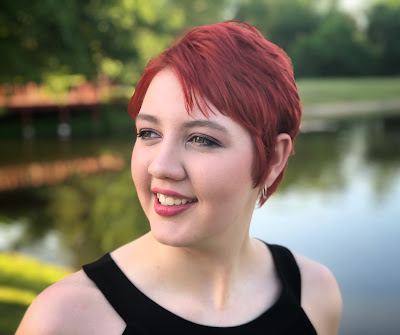 Email ThisBlogThis!Share to TwitterShare to FacebookShare to Pinterest
Labels: nowhere near holland, schuyler, the book, the monster

All Who Wander said...

Oh dear lord, nothing (even having followed your story since before Schuyler's birth) prepared me for that photo and how absolutely stunningly beautiful she is in young adulthood. Holy crap.
I am glad you posted again. Thought the long pause might not signal good things. The hospital internship is very exciting! I hope it turns out to be a thing she enjoys - I know she is an incredibly compassionate young woman.

Your daughter has become a lovely young woman, one that any parent would be proud of.

I'm just catching up on you and Schuyler's life. What a beautiful thing.