There's been a recurring theme recently in disability blogs and other online forums. Writers, mostly parents, are making lists of "Things You Shouldn't Say to Parents of Kids with Disabilities". I'm not usually a joiner in this sort of thing, but the other day I realized that apparently I do have something to contribute to these lists.
We met the band director at Schuyler's new middle school, and it went pretty well. She didn't roll her eyes at us, she seemed genuinely interested in learning more about Schuyler and was very willing to set up a meeting with us. It was a very promising start. This band thing has the potential to really make a difference in Schuyler's life, so we are taking it very seriously. We were looking forward to attending the demonstration concert with Schuyler and her class this week until we received a note from the elementary school music teacher who is organizing Schuyler's school's part of this trip. In the middle of the note (sent home to everyone, I should add, not just us), it said simply "Due to limited space, parents are not invited to attend."
I'm not sure if it was the way the note was worded or our past experience with previous schools where parents weren't encouraged to attend classroom events. But something about that note made us dig in our heels a bit. And when I wrote to the teacher and explained why we felt it was important and appropriate for us to be there, her reply demonstrated a certain amount of dug in heels as well. The field trip is on Wednesday; perhaps I will have stories to share with you then. We are planning to attend and have informed the school of this. So there you go.
Now, this isn't a story about why this is or isn't an appropriate position for us to take. I'm sure I'll hear from some of you anyway, but I'm pretty solid with this. I think that with the exception of tests being administered or the like, any school function should be open to attendance by interested parents. That's just a given to me. Saying that there's limited space is frankly just weak.
No, this is a story about me writing a short note about this on Facebook and having someone respond that the schools wisely limit parent involvement to these things because of "helicopter parents" who hover and try to influence their kids and interfere with their independence. It was then that I mentally caught something that had tweaked me for years but I was only now able to identify. It became my "Thing Not to Say to the Parents of a Special Needs Kid."
The term "helicopter parents" is meaningless, inappropriate and insulting to parents of kids with disabilities. Don't say it to us. Don't even think it about us. Save it for Toddlers & Tiaras.
As parents of special needs kids, we hover because integration into school programs like band is incredibly important to our children. It is the thing that can release them from the gentle ghetto of special education classes that can become their parking place until they are old enough for the public schools to relinquish responsibility and return them to "Your Problem" status. We hover because we've seen what happens when we don't. We've seen what happens in even the best programs when a child is difficult to teach and no one is looking. We hover because we can remember past schools in past towns where our child was forgotten in the corner because she was a broken child, but a polite and quietly broken one who didn't require constant attention and protection. We hover, not because we don't want our kids to become independent, but because we desperately want them to be, and we know the paths that are most likely to lead them there. We hover because history has shown all of us that if we don't watch out for our kids, sometimes they don't get watched out for.
We don't just hover. We monitor, we observe, we interfere when necessary, and we educate ourselves so that we are able to identify those times when it becomes necessary. Our complete and total involvement with our kids' school experience is not negotiable. Special needs parents are experts in the one thing that even the best schools will never master. We know our kids. More to the point, we know their monsters. And if we believe that we need more information on how a program works or how it is going to affect our child, it is inappropriate to tell us that we're not invited, we're not needed, they've got a handle on this, there's nothing for us to worry about.
Are we a pain in the ass to the schools where Schuyler has attended? If we are, then it's because someone has forgotten that we are part of her team. Someone has let themselves be fooled into thinking that they know what's best for her and that she is like any other kid they've taught. Any time a teacher thinks that past experience tells them all they need to know about teaching a child, they have already failed. This is true of any student, but it is true a hundred times over for a child with a disability. Every broken child is broken in their own way. Every single one of them.
So special needs parents become helicopter moms and dads, if that's how you want to look at it. But if that's how you see us, I hope that you'll keep that opinion to yourself. Unless you are one of our kids' teachers. In that case, I hope you will keep that opinion to yourself, AND get the hell out of the way. 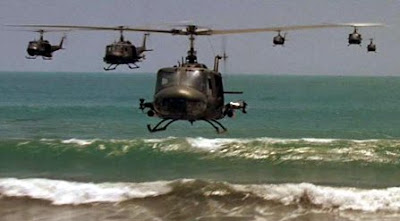 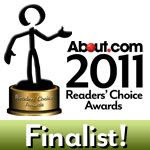 Both this blog and my book have made it to the finals of the About.com Readers' Choice Awards. It would be extra super swell if you'd go vote. You can do so once a day, every day through March 8. The winners will be announced on March 15.
Thank you kindly for your support, yo.
by Robert Hudson at 1:02 PM 7 comments:

A moment at play 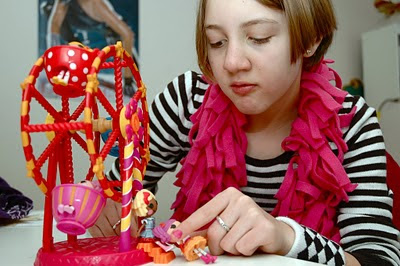