So many changes. So much uncertainty. The universe just strapped a rocket pack to Schuyler’s back. We shall see what this phase of her life ultimately looks like, and how well she’ll do as she steps out into a world of superficial but pervasive human valuation. It’s a lot to take in, and I am perhaps more worried about her than I’ve been at any time since her diagnosis fourteen years ago. But even with all her anxiety and also my own, I have to say it. I like her chances. 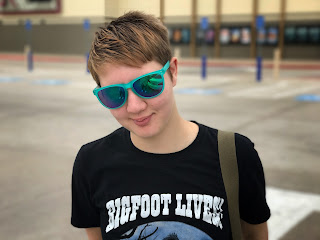 Her ultimate survival of her junior year is in large part due to the people who watch out for her, quietly and without drama, and who make it a little easier to put her on that bus in the morning and send her once more unto the breach, dear friends. Schuyler’s true friends have turned out to be the ones we didn’t see coming. There are the band directors who have watched out for her and striven to understand what makes her tick and to build a safe but unrestrictive space around her. There’s the assistant principal who has taken exactly ZERO of her nonsense but who has become her absolute greatest advocate on her school’s staff. Then there are the members of her percussion section who have pushed her but who also love her dearly, as they made crystal clear at a percussion party last weekend in a moment that most certainly did NOT make me cry, I have allergies, shut up. And there are the countless people who see her at school and like what they see and greet her every single time they see her. Walking the halls with Schuyler is like hanging out with the Fonz. 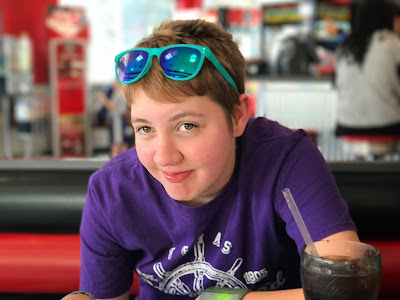 Email ThisBlogThis!Share to TwitterShare to FacebookShare to Pinterest
Labels: nowhere near holland, schuyler, support for special needs, well that sucked

I see you. I see what you’re doing.

We push back against ableist speech, over and over again, because we hope, against all the evidence to the contrary, that things might get better. And they did just a little, for a while, I think. And then a candidate for the presidency made fun of a reporter with a disability, and the citizens of this country saw the video of his grotesque behavior and decided that yeah, that’s our guy. And while that at least gave us a platform for advocating for disability rights, particularly at the Democratic National Convention, it also gave people license to say and do terrible things about and to our loved ones. So in the balance, things probably don’t change all that much after all. 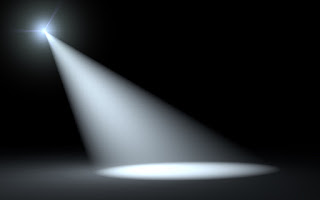 Email ThisBlogThis!Share to TwitterShare to FacebookShare to Pinterest
Labels: just a word, my big opinions, nowhere near holland, support for special needs

I haven’t posted over here in a while, not exclusively. I’ve been engaged in a more professional weekly blogging gig at Support for Special Needs, and I’ll be back over there next week. This has been a little two week hiatus, albeit an unplanned one. I try not to get too insanely personal or profane over there, and in some ways a slightly more measured tone is probably good for me. When I’m over here, there’s no telling what I might say (balls), after all. I guess this has just sort of become my personal little sandbox now, and that’s kind of nice. (Asshole! Tits!)

I guess the primary reason I’ve taken a couple of weeks off from the other more professional site has been not a lack of experiences about which to write, but a persistent string of incidents that felt too personal to get paid to write about. Getting paid to vent feels a little weird, although I’ve certainly done it before, I guess. Without digging to deep into the details, if there’s been a running theme over the past couple of weeks, and maybe a little longer, it might simply be this. Schuyler has been used very badly by a lot of people. Those include some shitty little friends-who-aren’t-such-great-friends-after-all, a boy who made what can only really be described as a sexually harassing remark to her in his very public place of employment (and the thunder is still being called down from the peak of Mount Daddy-o for that one), and the earnest teacher who believes she truly understands Schuyler but who very, very much does not.

Schuyler has been used badly, and she has stumbled a bit as a result. I know we have a responsibility to discipline her when she makes poor choices, and we have, very much so. But I can’t help but notice that her shitty little friends haven’t suffered any consequences for their actions, which included stealing Schuyler’s iPad and sending horrible messages to a really nice girl in her name. The boy who made a horrible remark to her is protected to a certain degree by his own disability, and I’m not opposed to that, of course. But he keeps his job with minimal consequences, and the school won’t even talk to him about the incident because it didn’t happen on campus so their hands have the appearance of being clean. And a teacher who was supposed to help minimize Schuyler’s social anxiety and awkwardness has instead attached booster rockets to them and sent them hurtling skyward. Schuyler has been left to pick up a lot of pieces this week. It must be said that she helped scatter them, to be sure. But still.

I’ve said before that Schuyler needs overbelievers in her life, and that’s never been more true than now. She’s got a few. Julie and I, certainly. We’ve got an IEP meeting next week, and I think it might be an ugly one, but that’s okay, because it’s always worth the ugly if that’s the last advocacy option. We’re ready to release the Kraken. We’re ready for a whole Kraken rodeo if necessary. (Yippee-ki-yay, motherfuckers.) Schuyler’s godparents are always prepared to listen to her, and give her good advice without letting her get away with any shit, which she will absolutely try to do because she’s seventeen, and because she carries my buggo DNA. And she’s got a few adult friends out there watching out for her.

But Schuyler needs more overbelievers. She needs them at school most of all, where they are in short supply outside of band. Just yesterday, she found out that she was rejected for the campus club that she wanted to join, one whose members help kids with disabilities. The reasons mostly revolved around her difficulties with communications and independence, the very life skills she’d be likely to hone if she were accepted. Schuyler’s had a rough year, and roughest of all has been when she’s made mistakes and no one has been there to guide her into better waters. Schuyler’s had plenty of opportunities for tough love life lessons this year. I’m tired of watching her endure them. I’m inclined to let her breathe a little, but that opportunity will apparently have to wait a little longer.

My greatest frustration with Schuyler’s current school (outside of band, where she is well watched over) springs from how they often seem like they’re in a hurry to be done with her. I can almost hear them counting the days. But honestly, I might be counting, too.

This morning, I’m sitting in the stands watching Schuyler play baseball with her Miracle League team. If you want to see Schuyler in the wild, this is a good place to observe her. Schuyler loves Miracle League, not because she’s an especially gifted player (although she does make a couple of pretty sweet plays today, I’m happy to report), but rather because here is where she feels free to cut loose. Her big laugh is easily heard from the stands. She dances to everyone’s walkup music, she jokes around with every player around her, and she gives out hugs and high fives to players on the other team as they visit her at third base. Seeing Schuyler like this is to be reminded that she’s got the biggest heart of any person I’ve ever met, and likely that you’ll ever meet, too. Here on this playing field, she’s not a collection of expectations or evaluations. She’s not disappointing to anyone who expects her to step into the holes they’ve dug for her. At this moment on a spring Saturday morning, with her backwards-turned cap and her bright pink socks and that atomic smile, Schuyler is all potential. She is as deserving of belief as she has ever been.

I love this young lady, this little girl who isn’t a little girl, and yet kind of is. My patience is being tried, but not by her. I don’t let her get away with much; I’m probably a lot stricter of a father than you imagine me to be. But she’s at a crossroads right now. She needs grace, and she needs encouragement. She needs to be reminded of her strengths, because she has so many. She needs a more empathetic world than the one we currently live in.

Schuyler needs more overbelievers, and she needs them rather a lot. 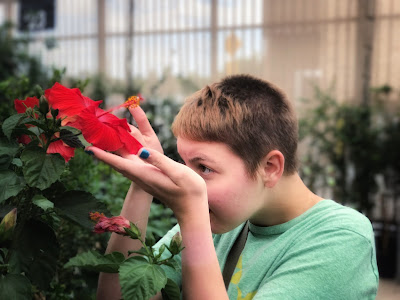