This Is Only a Test


In Texas, our kids take the STAAR test, which replaces the TAKS test, which was probably preceded by the CRAAPS test and the BUUG test. I have no idea what STAAR stands for, and I refuse to go look. It stands for "The Test That Will Take Hours and Days of Actual Instruction Away From Your Kid, Stress Them Out In Ways You'll Probably Not Grasp Until They Go Into Therapy or Rehab or End Up on the News With Helicopters Circling Your House, and Provide Politicians With a Way to Sound Like They Care About Education But Most Assuredly Do Not." 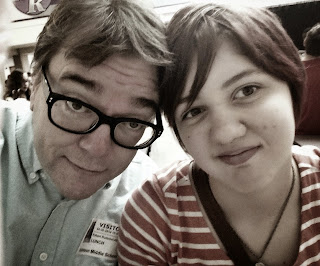 It was a rough week. I won't lie. It was rough for me, and it was even worse for Schuyler. One thing I can say for certain about this week, however, is that if bad days offer the chance for learning, I feel like we all had some graduate level education going on. I feel like we should be wearing those little flat hats and robes and jabbering in Latin.

Most of all, we learned that the structures we come to depend on can be unreliable at best. We were reminded that in the end, we can depend on each other, and sometimes that's all.

There are a lot of very individual stories I could tell about last week, but they wouldn't be of much help to anyone reading. Schuyler and I were both actually threatened, individually and in unrelated circumstances, in ways that left us both a little twitchy. That doesn't actually happen very often, to either of us, which is obviously a good thing, but I'm not sure either of us knew exactly how to respond. We didn't fight back, either of us. For that, I'm proud of her and ashamed of myself.

Without getting into details that are not entirely ours to share, I'll simply say that Schuyler learned how friends can be very unfriendly indeed, and perhaps that her own sense of what true friendship looks like needs some new layers of subtlety that don't come easy to her. I think Schuyler learned that school isn't always a place of fairness, and that sometimes she might find her sense of justice bruised by the "path of least resistance" decisions made by the adults around her. As far as important lessons for adult life go, I suspect that's an important one, but I hate watching her learn it.

I learned some of the same lessons, perhaps. As special needs parents, we become accustomed to the idea that the teachers and administrators and therapists who work with our kids stand on certain principles of behavior. We forget, until we're very dramatically reminded, that those professionals are also human beings. They have insecurities and they have tempers and they have blind spots where they cannot gaze for long with an objective eye. They can do solid work but still stumble.

That doesn't make them bad at what they do. If it did, I would be run out of proverbial town on a proverbial rail. Mine is a most personal kind of writing, and my reactions to the world around me are rarely divorced from my emotional responses. That can be hard for parent advocates, but I also believe it's what gives our work a unique kind of value. Professionals work hard for our kids, but they're also invested deeply in their reputations; parents are invested in not screwing up our kids. Unfortunately, that's probably sometimes at odds with our commitment to being correct in our approach. Our strengths can be our weaknesses; our love can make us stumble, too.

This week, I learned most of all how very human we all are, and how that humanity can be the root of so much failure when it comes to doing our work. Schuyler learned that lesson, too, although for her, I suspect it felt like a lesson in the smallness of those of us who profess to, and occasionally even manage to, work to make her life and the lives of her friends better, richer, more fair, more MORE.

Schuyler ended the week owed more apologies than she received, and as her father, that's hard to bear. I made choices for myself that were about peace rather than justice, but I at least fought similar decisions made in her life. I can at least say that. And thanks to a very dedicated teacher who listened to our concerns and went way beyond what she was required to do in order to address those concerns, and on a Saturday night, no less, we were reminded that there are a great many professionals out there who do this work for the best of reasons, and they do it better than I could ever hope to.

It was not a bad way to end a week that went on far, far too long. 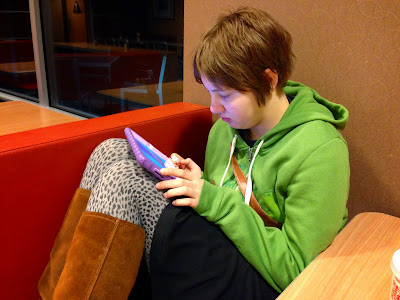 Email ThisBlogThis!Share to TwitterShare to FacebookShare to Pinterest
Labels: my big opinions, nowhere near holland, schuyler, well that sucked

The Things We Know


The challenging aspects of being the parent of a special needs kid aren’t always the things you don’t know, although believe me when I say those are bad ones, like "stay up late and start drinking early" bad ones. Sometimes a greater source of parental frustration comes from truly knowing your child, in a way that is simply impossible for a doctor or a teacher or even a family member, and having to work tirelessly to be taken seriously. 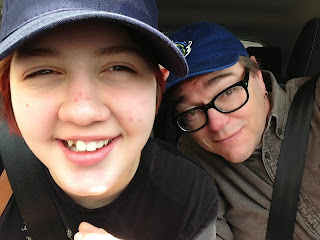 Email ThisBlogThis!Share to TwitterShare to FacebookShare to Pinterest
Labels: my big opinions, nowhere near holland, politics and my socialist heart, support for special needs

The Exquisite Joy of Nothing


This week, we didn’t struggle to understand her, we didn’t have to manage seizures, and there were no bullies to deal with. The Internet wasn’t buzzing with an unusual amount of outrage, and despair felt far away. It was a week where nothing of particular note occurred in relation to Schuyler’s disability. For families of kids with special needs, this can be a rare treat. A week without an easy blog topic is itself worthy of note. 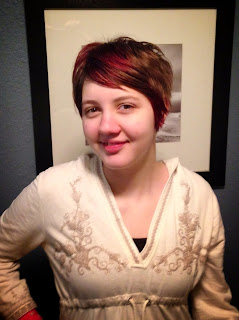