This Isn't a Little Girl

I've read a lot about Schuyler lately. Most of it is appreciated, some of it has been dead wrong, and a little of it has been unspeakably cruel. A lot of strangers who will never meet her have said the most amazing things on her behalf, and some people who claim to care about her have led the devil straight to her doorway. This is all the result of the attention I've brought to her, and by and large, this mostly encouraging attention has been for the positive. I confess that when I think about the public scrutiny I've brought to Schuyler's life, I stay up late some nights wondering if I've done right by her. But I still somehow manage to get some sleep.

Much like myself, I suppose, it's safe to say that neither the best nor the worst that has been said about Schuyler is accurate. Schuyler isn't an angel, nor is she a pathetic misfit. She's a developing human in transition. Lately I've been more and more aware that she's leaving her little girl life behind, to be replaced soon (if it hasn't begun already) by her time in this world as a young woman. In three months, she'll become a teenager. Many of the storms that await her are driven by her disability, but some of them will simply be a result of being a teenager, in a world where teenagers strive to be anything but different, even as they struggle to find their unique place in the world.

Today we had lunch with Schuyler, at her school. She's still struggling to find her place in her seventh grade tribe, although she's made some small steps in the right direction. For now, we go to her every Friday, to her mysterious delight. (Because seriously, if my parents had ever shown up at my school to eat lunch with me, I might have ended my life with the school-provided plastic cutlery.) We bring her a burrito bowl from Chipotle, along with one for her SpEd teacher, and for half an hour we live in her world.

As she sat and looked around, finding boys to tell us about, I took out my phone and snapped a few photos. It wasn't until later that I looked at them and realized that my phone has a feature I was unaware of. It apparently has a time machine app that allows me to glimpse into the future.

Because this isn't a little girl. This is a young woman, and a father's heartbreak. 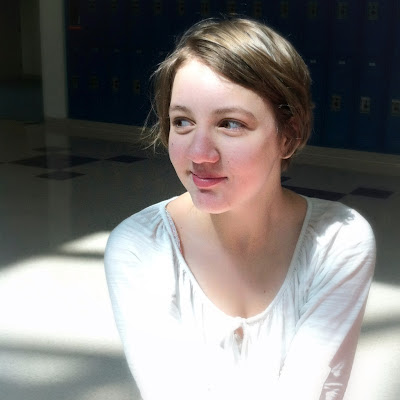 Over at Support for Special Needs, I talk about a very interesting idea that was floated to us by one of Schuyler's teachers. It was honestly not one that would have occurred to either of us, not in a thousand years.

And yet, it might not be the most terrible idea ever. Perhaps.

They Walk Among Us! 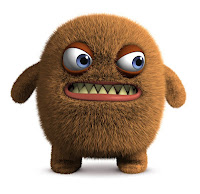 Today's post at Support for Special Needs continues last week's Bigfoot/Yeti/Nessie theme (well, it was a theme in my head, anyway) as we explore the mythological creature commonly known, when he's known at all, as the Special Needs Dad.

I started off with a point, but really, by the end I was just sort of cracking myself up like an idiot. You might or might not be surprised at just how often that occurs in my life.
by Robert Hudson at 7:30 AM 2 comments:

Email ThisBlogThis!Share to TwitterShare to FacebookShare to Pinterest
Labels: internet crap, my big opinions, nowhere near holland, support for special needs, the monster

Today over at Support for Special Needs, I discuss what is essentially the AAC equivalent of the capture of Bigfoot AND the Yeti riding on the Loch Ness Monster. Yes, friends, PRC has released its Unity language system for the iPad. My early thoughts on this new app, the one we never thought we'd see.

A quick personal note: we are putting our plans for Chicago in a holding pattern for the time being. Note that I said a holding pattern. We're circling the airport patiently, not crashing into the side of a mountain. Assmonkeys and their sock puppets will chatter regardless. Well, what are you gonna' do? 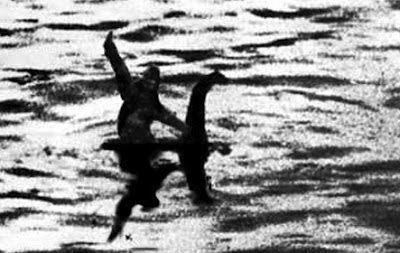