This morning over at Support for Special Needs, I discuss the complicated nature of my relationship with Schuyler, which is no doubt both completely unlike any other in the world and at the same time identical to any family with a disability. We're all navigating varying degree of happy and sad. It's complicated for us all.

By the way, speaking of complicated, today is my birthday. Actually, it's not all that complicated at all. I'm forty-five. Forty-five human years. That's youthful for a tortoise, or a tree. It's not feeling all that young to me. It beats the alternative, as they say, but still. Forty-five feels like it falls squarely between kind of awful and frankly surprising.

On the other hand, I might get a chinchilla for my birthday, so you know how it goes. "Strikes and gutters, ups and downs," as the Dude says. I abide, too. 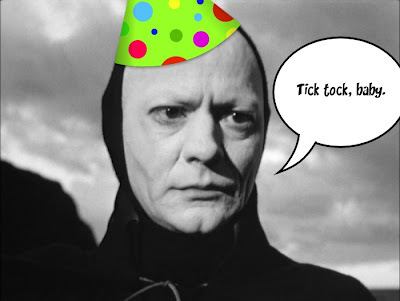 This week at Support for Special Needs, I do something so clichéd in the world of bloggery that I'd might as well be posting pictures of my cat (if I had one) or making little graphics with variations on "...said no one ever" or snotty Willy Wonka.

That's right. It's a Thanksgiving, "what I'm thankful for" post. I'm not too sure how much of it is specific to parents or families of disability, other than it feels like we look a little harder for the bright spots, and are more fully and desperately sustained by the ones we find.

I'm not sure if I'll post again this week. You never know with me, do you? If I don't return before Thursday, I'd like to wish all my American readers the very happiest of Thanksgivings. As for the rest of you, have a swell Thursday.

Next Monday is my birthday. Warning: it's kind of a bad one. Here's hoping I make it to then. I'm not counting those chickens before they hatch. They are not in fact spring chickens, after all. 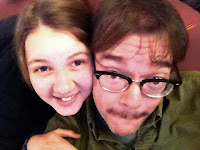 Yes, it's November, which means that for the second year in a row, I'm growing a sad little creature on my lip in the cause of promoting men's health (my own sickly facial hair notwithstanding) for Movember.

This year's timing couldn't be more challenging, with the very real need for charitable donation for the victims of Hurricane Sandy. (I've said it time and time again, but killer storms really do need more badass names, like Vladimir or Spike.) As a result, I'm not surprised or disappointed by the lack of Movember donations this year. Still, it's a good cause and I hoping to make a little difference as the rest of the month presses on.

To that end, I wrote a brief little guest post for the folks over at Totsy regarding my own reasons for getting involved in the Movember project. I'm grateful to them for asking for my input.

I realized this year what I was shooting for with my own facial atrocity. I'm not looking for some big Joseph Stalin, Magnum P.I., Sam Elliott level moustache. I'll settle for the Principal Rooney. Save Ferris!
by Robert Hudson at 10:36 AM 4 comments:

Today at Support for Special Needs, I discuss what is probably my worst skill as a special needs parent and advocate: the ability to transcend "Caveman Dad" mode and embrace the teachable moment.

Jesus Howard Christ, am I terrible at the teachable moment. In that situation, I achieve near perfection as a cautionary tale. (Good news: THAT is probably my greatest strength. Well, someone's got to do it.)

Email ThisBlogThis!Share to TwitterShare to FacebookShare to Pinterest
Labels: nowhere near holland, robly matters, support for special needs, the monster

"Hope is that stubborn thing inside us..."

"I have never been more hopeful about America. And I ask you to sustain that hope. I'm not talking about blind optimism, the kind of hope that just ignores the enormity of the tasks ahead or the roadblocks that stand in our path. I'm not talking about the wishful idealism that allows us to just sit on the sidelines or shirk from a fight.

"I have always believed that hope is that stubborn thing inside us that insists, despite all the evidence to the contrary, that something better awaits us so long as we have the courage to keep reaching, to keep working, to keep fighting.

"America, I believe we can build on the progress we've made and continue to fight for new jobs and new opportunity and new security for the middle class. I believe we can keep the promise of our founders, the idea that if you're willing to work hard, it doesn't matter who you are or where you come from or what you look like or where you love. It doesn't matter whether you're black or white or Hispanic or Asian or Native American or young or old or rich or poor, able, disabled, gay or straight, you can make it here in America if you're willing to try.

"I believe we can seize this future together because we are not as divided as our politics suggests. We're not as cynical as the pundits believe. We are greater than the sum of our individual ambitions, and we remain more than a collection of red states and blue states. We are and forever will be the United States of America." 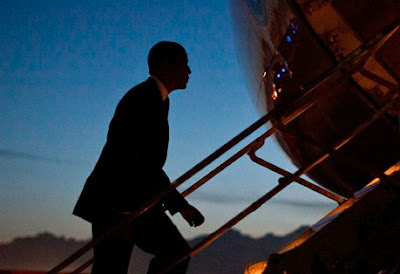 Email ThisBlogThis!Share to TwitterShare to FacebookShare to Pinterest
Labels: politics and my socialist heart

Today at Support for Special Needs, we meet Vanellope von Schweetz, a character from the new Disney animated feature Wreck It Ralph and the most recent fictional character with whom Schuyler found herself strongly identifying. Vanellope joins the club along with Ariel the mermaid, Nemo, Tinker Bell, Pinocchio, and Scout Finch (or perhaps Boo Radley, if we're really being honest here).

If you're a big baby about SPOILERS, even in a kid's movie like Wreck It Ralph, two things:

First of all, this post is, by necessity, one big spoiler, so consider yourself warned.

Secondly, get a grip.