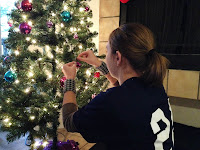 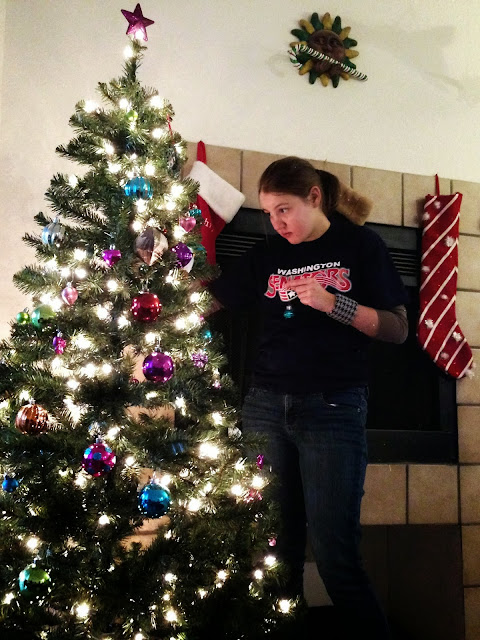 Today at Support for Special Needs


I don't know what I was expecting, but Schuyler's brain, by virtue of its remarkable rewired structure, is a huge unknown to us all. And the potential side effects of this med spelled out on the info sheet were daunting; I half expected to see "werewolfism" listed.

Email ThisBlogThis!Share to TwitterShare to FacebookShare to Pinterest
Labels: health, nowhere near holland, schuyler, support for special needs, the monster

We've embarked down another path with Schuyler. It's not a path we were hoping to ever step foot upon, but then, we were perhaps entertaining unreasonably high hopes.

We received a call from the school yesterday morning, letting us know that Schuyler was in the nurse's office, complaining about a bad headache. When I went to pick her up, the nurse filled in some of the details, including the fact that Schuyler was saying and doing things that didn't actually make a lot of sense. Schuyler seemed tired and a little disoriented when I saw her, and after we got home, she remained... not herself. She complained about a headache for a while, localized on the right side. By three o'clock, she was fine, but even as the afternoon and early evening wore on, she was clearly exhausted. She went to bed early without protest.

So, yeah. Schuyler had a seizure at school. The usual indicators were there, laid out like familiar road signs.

This one seemed worse than before, however, and it manifested itself differently. I made a call to her neurologist, and when he heard the details, he asked that she be brought in immediately. His urgency got our attention.

The short version is that this new manifestation of Schuyler's seizures convinced her doctor that it was time to put Schuyler on seizure medications. Before, he didn't believe that they were serious enough to justify the issues that come with these meds, which are not usually very gentle on the brain. But now, he's concerned that stronger seizures could cause her brain, in its malformed state, to become "kindle" for the harder grand mal seizures that everyone is deeply committed to avoiding if at all possible.

One of the reasons I like this neurologist is that when he talks ABOUT Schuyler, he talks TO Schuyler. He asks her questions directly, only turning to me when she's having trouble expressing herself, and when he's got hard stuff to say, he doesn't sugarcoat it for her. The conversation, some of it dark, about what could happen if her seizures progress, and about what these meds could do to her, was had with Schuyler first and foremost. I like that. She deserves that.

As we talked on the way home, Schuyler suddenly made the connection between the bad and potentially dangerous grand mal seizures we're all trying to ward off and the heartbreaking seizure she witnessed this summer when one of her friends in Miracle League soccer was suddenly stricken in the middle of the field and had to be taken away, still unconscious, in an ambulance. This thought scared the shit out of her, and I don't remember the last time I saw that kind of fear in her eyes, or watched her cry like that. It was hard to watch, but at the same time, she deserved the truth, and the opportunity to take some level of ownership over this thing. She's scared, but she's taking it seriously, in a way that perhaps she hadn't before.

Meds will be good for her. Now that her seizures have reached this level, her brain will benefit from a little control, and will be able to heal and develop without having to fight so much. The risk/benefit balance has shifted, as we always suspected it would.

As we talked it all out in the car on the way home, Schuyler tried to put herself back together. I knew she was looking for answers to questions that she didn't even know how to ask. Big, scary boo questions.

"Look at me, Schuyler," I said. "Everything is going to be okay. I'm not going to let anything bad happen to you. I promise."

Well, I realize I shouldn't have promised her any such thing. Of course I know that. But I've made much bigger mistakes in than making such a promise to her. And I truly meant it in the moment. Hours later, after much contemplation, I still do.

Email ThisBlogThis!Share to TwitterShare to FacebookShare to Pinterest
Labels: health, nowhere near holland, schuyler, the monster, well that sucked

Her World, Her Words


But Schuyler also does a lot of free writing, creating text files on her iPad both for homework assignments and just her thoughts as they come to her. And it's here where the results of her increased freedom of expression and communication suddenly become clear.

It's not perfect; her grammar is touch and go at best, but even then, when she fumbles the language, she doesn't mangle it so much as twist it into something different. Her language can be broken, but also beautiful and free. A little like Schuyler, come to think of it. 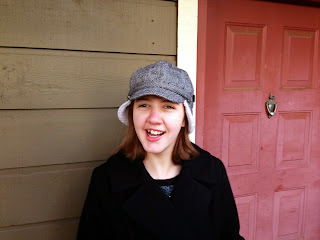 This morning, over at Support for Special Needs:


If Schuyler feels comfortable with even a few people in a gathering, she's a social butterfly, and an explosion of personality. But it's different when she's on her own, with no supports and no comfortable narrative to follow. For Schuyler, with communication being as fragile as it is for her, her social anxieties can feed on her in ways I probably can't imagine. She's not on the autism spectrum, nor am I to my knowledge, but in those settings, surrounded by people she doesn't really know but who come at her with a startling familiarity, a kind of sensory overload shuts her down. 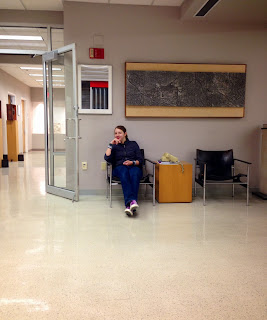 
Denying our kids the ability to work hard and perhaps even fail from time to time, instead just displaying them in front of an approving crowd and announcing "Look at this inclusive philosophy we've embraced!", that isn't inclusion. That's simply building a Potemkin village for the world to see and admire. It's a facade. It doesn't fool Schuyler, or any other kid whose potential is wasted because of fear of failure and a desire to do the nice thing, which is so easily confused with the right thing. 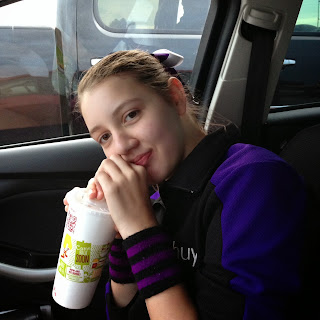