At Support for Special Needs:


I’m not sure I’d call any of these "resolutions". But as we march off into 2014, I will try to be the father that Schuyler needs, more now than ever. I wasn’t ready to take on the life’s work of being a special needs father; I’m not sure anyone ever really is. But it is in the trying that I become a better father, and a more whole person. 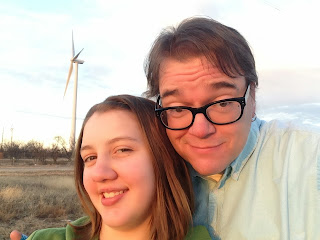 
I mentioned this last year, but one of the things I value the most about a site like this one is how we can come here and be weird. We can find others whose holidays are as atypical as our own, and other families whose traditions are as driven by circumstance as ours. We know the obstacles, and we know how much work has gone in and how much is still waiting in the future. And we understand, in ways we can't describe to typical families but don't need to describe to each other, how deeply satisfying the love we work for and nurture really can be. It's a hard love, and it's the very best love.

My All, at Fourteen

This week always presents a natural time to stop and reflect on where Schuyler is in her life, with her birthday only a few days away. It's also the end of the year, so everyone's in this whole "looking back" mood anyway. It's a good time for marking transitions.

This year, it feels even more so. When I look back on Schuyler's first teenaged year, it feels like a great deal of significance took place, not all of it easily measured or commemorated. She doesn't come across as a different person than she was a year ago, but she just seems... more. More complete. More complicated. More damaged. Stronger. A little sadder. A lot smarter. And in some ways happier, too.

Thirteen was the year that Schuyler became serious about using her iPad to communicate. It was the year when the software and the hardware caught up with each other, and despite a few snags and professional lapses, it was the year when she began to assemble a team that is developing a real plan for how she moves forward. She still resists using AAC to communicate; once again, we recently had the semi-regular "But I want to talk like everyone else!" tantrum. I don't think she's demanding that the impossible change somehow. I think she just needs to howl at the sky every now and then, to protest the injustice and to fight the future a little. She's learning to put aside her protest when she needs to, and that might represent the best step forward that she's taken in a long time. This next year will tell.

Thirteen will almost certainly be remembered as her cheerleader year. She's still got some responsibilities for the spring semester, but not that much. This was the year that we crossed our fingers and stepped into uncertainty, handing our daughter over to a situation that could very much work, or very much not.

The verdict? I don't actually know. Schuyler loves cheerleading. She's incredibly proud of herself, and she participates with real joy and enthusiasm. When she's actually cheering, she's on top of the world.

But there are... complications. The inclusive environment that we'd hoped for feels more like the "you can stand here and be happy" school of inclusion. Schuyler hasn't received the extra help that we'd hoped she might get, and wasn't even allowed to move to the back row of girls so she'd have some visual cues to help her, despite both Schuyler and us making that request. The mix of girls broke into cliques almost immediately, and stayed that way. That's never good news for the kid who's different.

It's the little things that start to feel not so small. As we discovered last week, Schuyler's name wasn't even spelled correctly on her locker poster OR the official board at the school, and I guess it's been that way all semester. That might sound minor, but it sends a message.

I asked Schuyler if she'd pointed out the spelling error to her cheer coach, and she said no. She's being frustratingly oblique about the whole thing. She has a good time cheering, but she also says she doesn't want to do it again next year. Schuyler has taken the parts that she's enjoyed, and she's given up on the rest, and I'm saddened for her but also proud of her, for her pragmatism and her unflagging positivity.

A couple of months ago, after her request to move to the second row of girls was turned down, Schuyler and I walked to the car after the game. She down and sighed.

"I wish she would treat me like a real cheerleader," she said. And then she didn't want to talk about it any more.

Most critically, thirteen was the year that Schuyler began taking seizure medications. Her neurologist had determined that she was likely having partial complex seizures for some time before, but it was only when the aftereffects of a recent seizure were bad enough to send her home from school that he decided it was time. Her MRI showed changes as well. We didn't disagree with his earlier determination that it wasn't time for meds, and we don't disagree with him now.

She's ramping up to her full dosage; she'll be there in a couple of weeks. So far, she's just beginning to show some side effects. None of them are unmanageable, and she's aware of the changes and tries to compensate for them. She understands that this is all in the service of helping her brain heal and manage itself, and she's game, to the point of clarifying how she feels so that I can get it right for this post. ("Now my brain feels weird and strong, like smart.")

I'm proud of her; she knows that the "brain pills" are fucking with her, but she grasps the big picture and never ever tries to beg off of taking them. We should have a better idea in the next few weeks if this is going to help and if she's going to be able to manage the effects.

So her birthday, and the holidays, arrives at a moment of transition, of a kind of change none of us have ever experienced together. Schuyler's having a bit of a rough time right now, but she's holding things together. She leaves thirteen behind at a crucial time, and she's going to need the love and support and, yes, the patience of every person in the world who loves her.

Fortunately for her, that's a lot of people.

What will fourteen bring? It'll bring high school, two words that encompass all the fear and all the potential and all the excitement in the whole world for her, and for us. Fourteen will include meeting new friends and even new family. It'll be about finding a balance that has eluded her. Balance in how her school implements an inclusive curriculum. Balance in her mysterious brain chemistry. Balance between her dependence on her parents and her desire to take flight on her own. Balance between her natural exuberance and the reality of her world. Schuyler's both younger than her chronological age, and wise beyond her years. That may be the trickiest balance of all for her.

Thirteen was big for Schuyler. Thirteen was unyielding and rough, but it was transfiguring and significant. Thirteen showed Schuyler, in ways it hadn't before, that the world might eat her up if she's not careful, but I think it also might have just introduced her to the empowered young woman she's going to be.


The thought of striking out against that, of hoisting a flag of defiance and breaking down some of that restricting world’s walls? That’s some powerful fantasy material for those of us trying to navigate the sweet spot between this rock and that hard place. You don’t have to ask us twice if we would like a turn at the cannonade. Our flintlocks are already loaded. 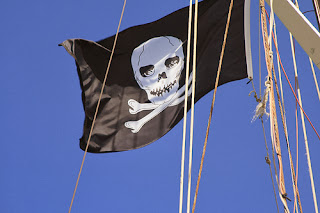 by Robert Hudson at 5:54 PM No comments:


As parents, we’re probably almost certainly unprepared for the disabilities of our children, at least at first. We go into battle against monsters without so much as a BB gun in our hands. What we discover as we go is that sometimes, we don’t need weapons. We simply need different tools, such as patience, and tougher skins, and ingenuity. And most of all, we need to learn forgiveness, primarily for ourselves. 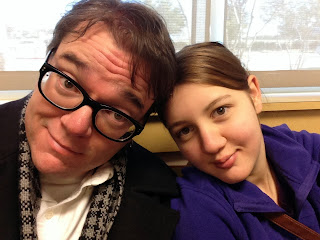 This week (sorry, I forgot to publish this on Monday) at Support for Special Needs:


What I truly want is for my friends to run out of hurts, to have no stories of our community being treated poorly. I want someone to say "I looked up #retard on Twitter, and nothing came up." I want to hear about the organ transplants being granted to patients with intellectual disabilities. I want to hear about how the kids on the bus were kind and the popular middle school girls gave the shy little nonverbal girl at the back of the room a makeover after school and taught her to dance to One Direction. I want to read about kids who are different writing poetry, not suicide notes. I want to read about the community that decided to invest in special education programs, and about the politicians who reach across that aisle to extend basic human rights to the disabled, rather than taking away their "entitlements".

by Robert Hudson at 2:30 PM No comments: