Schuyler was diagnosed with polymicrogyria on this day in 2003.

I think back to that day sometimes, a day that I described in the prologue to my book. In a lot of ways, it marked an end to the person I was at the time, probably a lot more fun but also more selfish and seriously lacking in self-reflection. It also began my transition to the person I am now: smarter, more sensitive to the people around me, more socially aware and a stronger advocate, but also more cynical, more curmudgeonly, a bit of a scold and a wet blanket, and like every single special needs parent I know, poor (the only special needs parents who have a little money are the ones that started off with a LOT of money) and tired. Face more lined, body more worn, bank account less robust.

Disability parenting is rewarding, and I wouldn’t trade my life with Schuyler for anything. But it puts miles on you, and they are city miles at that.

I’m writing about how that day changed me because mine is the story I can tell. What did it mean for Schuyler? She doesn’t remember it, of course. She was three years old, after all. Her little monster has been with her from birth and before, of course, but it’s also been a known adversary for as long as she can remember. For Schuyler, an accurate diagnosis meant a corrected and appropriate course set for her future. School, medical evaluation and treatment, therapy, life planning, all of this began in earnest with that diagnosis. For her, it was an entirely good thing.

And for me? That’s more complicated, I guess. That day made things harder in my life, it took away options for a narrative of success that our society values and that I would have valued as well, and it broke my fucking heart right in two. That break healed, but god, the scars it left. 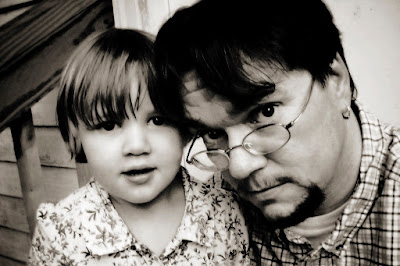 But Schuyler’s diagnosis made me a better father. It unlocked a level of empathy that I’d shamefully kept closed for most of my younger, stupid life. Because she was never going to talk like everyone else, I became a good listener, and a devoted and skilled interpreter of her odd but beautiful way of speaking. I became sadder, but I also learned to appreciate real, authentic joy. I learned that the world is a hard place for vulnerable people, but it’s also richer and more beautiful than I ever imagined at a cursory glance.

And I learned how to write, and maybe helped some people.

Would I change anything? It’s tempting to say that if I had the power to change Schuyler’s development in utero and let her have the brain she was supposed to have and the life she could have had from that, then yes, I would absolutely change that. I know that’s not the accepted disability advocate position to take, but I’m just going to have to be honest and say that I don’t care much about getting that right every time. If I could change that for her, I might. That’s just the honest truth. Schuyler was robbed, and I’ll never ever be entirely okay with that.

But having that power taken off the table, would I do things differently? Would I surround Schuyler with different people and explore different paths? Yeah, I would. But I also wouldn’t trade one moment, not a single second, fighting for her and stepping on toes and most of all immersing myself in the world of Schuyler.

Funny thing about that list, though. We can still do all that. 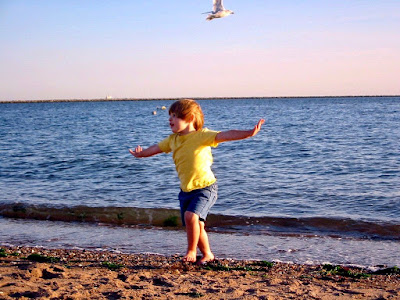