Nashville stalkers, get your chloroform ready

Email ThisBlogThis!Share to TwitterShare to FacebookShare to Pinterest
Labels: robly matters, schuyler, the book, the monster 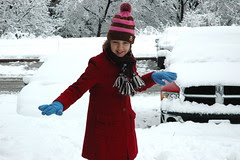 Schuyler
Originally uploaded by Citizen Rob
There's an issue that has been lurking in the future, like so many of Schuyler's do.

Julie and I worry about the future a great deal with Schuyler, and we always have. Part of that fear experience is just one of the joys of parenthood, I suspect. As watchers and protectors of our children, we're always waiting, always watching for the next Big Bad Thing that will step out of the bushes and harm our living, walking hearts. That's what children are, I've been told, they are our hearts set free into Life, walking around and challenging this grand rough world to do its very worst. And as parents, we watch helplessly, knowing that if the worst happens, it's our hearts that will die, too. It's the part of parenting that no one explains beforehand very well, because it's hard to talk about, and besides, you wouldn't understand anyway. You get it only when your own chaotic heart takes reckless flight in dirty tennis shoes.

So the future. Schuyler's future isn't the bleak thing we were led to believe it would be, by doctors spinning worst case scenarios and teachers afraid to admit that they didn't know what they were talking about and afraid to offer hope instead of fear. Schuyler's present is good. It's not perfect, but it's better than we thought it would ever be, and certainly better than a lot of broken children, maybe even most of them. Schuyler's future is crammed with promise, but it's a murky thing that neither I not Julie nor anyone else can really see.

So, bereft of concrete obstacles, we identify future monsters instead.

One of the scariest of those future monsters is middle school.

Well, I think we all remember middle school. I actually attended junior high school, grades 7 through 9, before ending up in high school for the last three years, so my memories are a little different, but still. I also taught trombone students for a long time, mostly middle school, and the thing I remember the most is how weird they all were. It's a wild age, when kids actually start to become the people they'll be for the rest of their lives, but they haven't yet been beaten into the grooves and the niches and the cliques that high school enforces. They are weird kids, and they're just starting to figure that out, so it's a really interesting but dangerous time for them.

We've been fearing middle school, in part for that reason, because even among the weird kids, Schuyler brings a lot of extra weird to the table. It's not a good age to suddenly be different. Just the thought of it makes me a little sick to my stomach.

The greater uncertainty for us, however, has been of how exactly Schuyler's AAC class presence was going to extend into middle school and high school. That's been the plan for a while now, according to her school. As her pilot class progressed through the system, the AAC program would grow with them, always giving them a home base of support, all the way through graduation. Our biggest concern has always been how this plan was going to be implemented exactly.

Today, we got an answer. It won't be.

When Schuyler finishes fifth grade (next year, unless she suffers some catastrophic academic failure), she will leave her school and her AAC class and will start middle school at her home campus. She will do so without an AAC class to go to, without (as far as I know) any permanent place outside of her mainstream classes where she'll be supported by anyone trained in assistive technology. An assistive technology professional, one of Schuyler's former teachers most likely, will travel from campus to campus in this huge school district, and that will be it. As is the case with so many mainstreaming situations around the country, in slightly less than a year and a half, Schuyler will learn to swim, or she will sink.

And suddenly, the future has a monster whom we can see much more clearly. And it's bigger than we thought it would be.

I'm going to be honest here. We're disappointed, bitterly disappointed, but we're not entirely blindsided by this decision. When the original plan was presented, I wondered at the time whether it was one that was going to be realistic. From the school district's perspective, they are continuing to support a program that gets to these kids at the most crucial age, and they're right. Furthermore, if I'm going to continue to beat the drum on behalf of inclusion, then this is where I get to put my money where my mouth is, I guess. And I know, all too well, that receiving even this much AAC support and instruction is wildly beyond what the vast majority of these kids receive in other schools and other communities. The Plano schools have gone above and beyond for Schuyler and her friends, and I will never diminish that or lose sight of exactly how much of a difference it has made in her life. We are extremely grateful for everything they've done and continue to do for Schuyler, and we're hopeful that the Plano school district's commitment to our daughter and her friends will continue to be strong.

But the future just got murky again, and that makes me feel sick inside. For the past ten years, and particularly since the diagnosis, Julie and I have worked hard to provide Schuyler with consistency and support. We've both sacrificed more than perhaps anyone realizes in order to make that happen. And yet, I have failed Schuyler, time and time again. Sometimes in small ways, and other times in monumental, broad strokes of stupidity and selfishness. I have considered acts of extreme selfishness and pain and betrayal that have left me now feeling evil and haunted and guilt-ridden. I've been both a good and a horrible father, but I try to do my best, and when I open my eyes and truly see what's at stake, I like to think that I find the path again, even if I've wandered far into the woods.

Julie and I have given a lot, maybe given our all, in order to give Schuyler a shot, and when we moved to Plano, we thought (perhaps foolishly, as all parents of the broken do from time to time) that we'd found the answer, and that it would sustain her through her school years. Now, I just don't know. Julie asked me tonight if this meant that we might have to move again. I said I didn't know. Honestly, I don't know where we'd go if middle school turns out to be a disaster for Schuyler. Plano schools are among the best in the country, particularly for special education. If they can't take care of her here, then who can?

When I spoke to Schuyler's principal today (a very nice woman who has been among Schuyler's greatest supporters, and who did not seem to enjoy this conversation one bit), she said that Schuyler would have a couple of options. She could finish out fifth grade at her current school in her current program and then start sixth grade with a whole new bunch of kids who haven't spent the past few years getting to know her and who wouldn't immediately understand her very unique set of circumstances. Or she could transition early to her home elementary next year so that she'd get to know some of the kids who would then join her in middle school the next year. That last option sounds sort of awful to me; not only would she lose a year of AAC instruction, but she'd then have to experience changing schools twice in two years.

I asked if it would be possible for Schuyler to transfer to the middle school that her current elementary feeds into so that at least she'd have the same group of friends. It's a possibility, but we'll have to apply for permission to do that, and the middle school may already be closed to transfers. She'd no longer be eligible for the transportation that she now receives, but we could deal with that. The sooner we can walk away from the stigma of the short bus is probably the better for her.

None of the answers feel adequate. Selfishly, I want the school to make good on its admittedly far-fetched promise to take care of Schuyler and her classmates, to give them a place to continue their AAC training, of course, but also to give them a home perch to fly back to when things get daunting. Because they WILL be daunting. That much is certain.

Email ThisBlogThis!Share to TwitterShare to FacebookShare to Pinterest
Labels: schuyler, shepherds of the broken, the monster, well that sucked

I've posted another essay on Hopeful Parents. This time I share some thoughts on the new HBO film Temple Grandin.

So, you know, go check it out if you are so inclined. 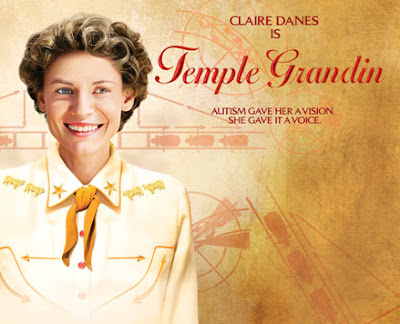 Email ThisBlogThis!Share to TwitterShare to FacebookShare to Pinterest
Labels: my big opinions, shepherds of the broken 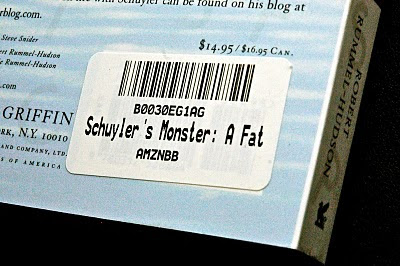