I worry for Schuyler around my birthday more then usual, especially with the grey skies and desaturated colors of fall settling in for the coming months. It's just as well that Thanksgiving arrives at the same time. A day for examining the things for which I should give thanks, followed by a season of celebrating the better impulses of humanity, these might be parachutes in an otherwise rapid loss of emotional altitude. Perhaps I should simply be thankful for Thanksgiving and it's slightly contrived but much needed sense of "Quit your bitching and think of stuff to be thankful for!" 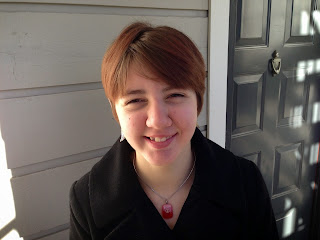 Boundaries, Drawn with a Dull Pencil

Failure is how Schuyler learns. She is a remarkably stubborn kid; she fixates on problems, particularly those she perceives as injustices, and doesn't let go of them easily. (According to Julie, this is a case of the apple not falling far from the tree.) It can be frustrating as a parent, and hard to step back when she clearly does need help, but steadfastly does not want it. Schuyler wants to make her way in the world, even as she struggles to understand it now perhaps more than ever before. That world has become so much bigger, and her part in navigating it so much more complex. 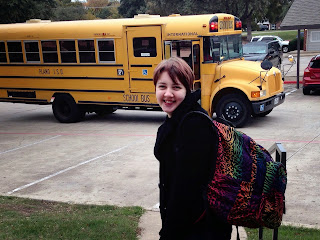 We spend years preparing our astronaut for her grand mission. Years. Then one day, in the not terribly distant future, we will count down and launch her into the unknown. We'll watch that flame rise into the sky, and eventually its brightness will fade and the rumble of the engines will be too distant to hear, and we'll sit in our mission control, in silence.

When Schuyler takes flight and soars into the void, she will be alone. 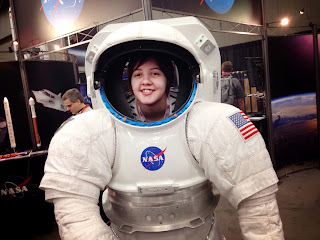 The World I Want

Given my heart's desire from a magic genie, I might not wish for Schuyler to be made typical enough to make it in the world. It is entirely possible that I would instead choose a world that had places for Schuyler, a world that found value in her weirdness and the patience to wait to hear what she has to say. If I were wise, perhaps I would recognize that given a choice between these two unattainable wishes, the second might just make for a much more interesting planet. 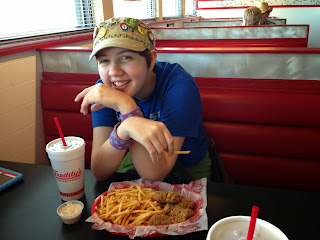 Making Our Own Ice

I want to discuss something very specific to augmentative alternative communication, so my apologies in advance if this isn't part of your world. I specifically want to address the strange, illogical divide in the professional speech technology world between those who use dedicated speech devices and those who find success with consumer electronics products like Apple's iPad. I'm still surprised to watch these conversations unfold online and see how blithely parent advocates and end users are often condescended to. Frankly, it pisses me off, which is why I'm subjecting you to this post.

Some of the discord comes from representatives of the big speech device makers, companies who are responsible for developing the technologies that AAC users have come to depend on but who have been struggling to sustain their business models now that commercial tablets have democratized the AAC process. It's a huge shift, and one that the industry is still trying to figure out. For a specific subset of ambulatory users, suddenly the potential purchase price for a speech language system has dropped from something in the area of eight thousand dollars (plus service agreements that can run around a thousand dollars a year) to under a grand, depending on the communications app and however many whistles and bells you choose for your tablet. So potentially MUCH under a grand.

This change has meant that where once insurance companies and school administrators held final say in the systems purchased, for some that power has now shifted. Parents and end users themselves are suddenly able to make decisions about the technology that allows them to communicate. This democratization comes with pitfalls. It is up to these parents and users to get good information about the language software that is available, and to find resources to determine what AAC needs they or their kids may have. They don't always have the support personnel in place to assist them in making good decisions. There are a lot of very, very bad AAC apps out there, and clearly someone is buying them.

The problem with the dialogue that is taking place in sectors of the AAC community is that it makes some dubious assumptions. Cheaper is inferior. Using commercial tablets amounts to a "one size fits all" approach. More expensive systems mean more solid support. You get what you pay for. And teachers, parents and end users are simply not qualified to make those choices.

Getting good support for systems running on consumer electronics is a real concern. But honestly, it's no different from the situation faced by many schools and families out there with dedicated devices without any meaningful local support. It's an industry-wide problem, and honestly one that can be exacerbated for users of expensive dedicated devices by the prohibitive cost of maintaining service agreements from year to year, as well as issues like loaner devices for repair downtime.

iPads and other consumer tablets aren't a fit for every user or even most users, and I'm not sure I've ever heard anyone make the case that they are. But for users like Schuyler and thousands more like her, these tablets provide possibilities that go beyond a speech prosthesis. To say that we are in one "camp" or another, and that AAC users are divided between dedicated devices and consumer electronics, is a gross oversimplification, and it's not accurate. Schuyler uses an iPad, and it runs the same language software that she used on her dedicated device, back when it was the appropriate choice for her. She not in a camp; she's a hybrid, and I suspect she's the rule, not the exception. 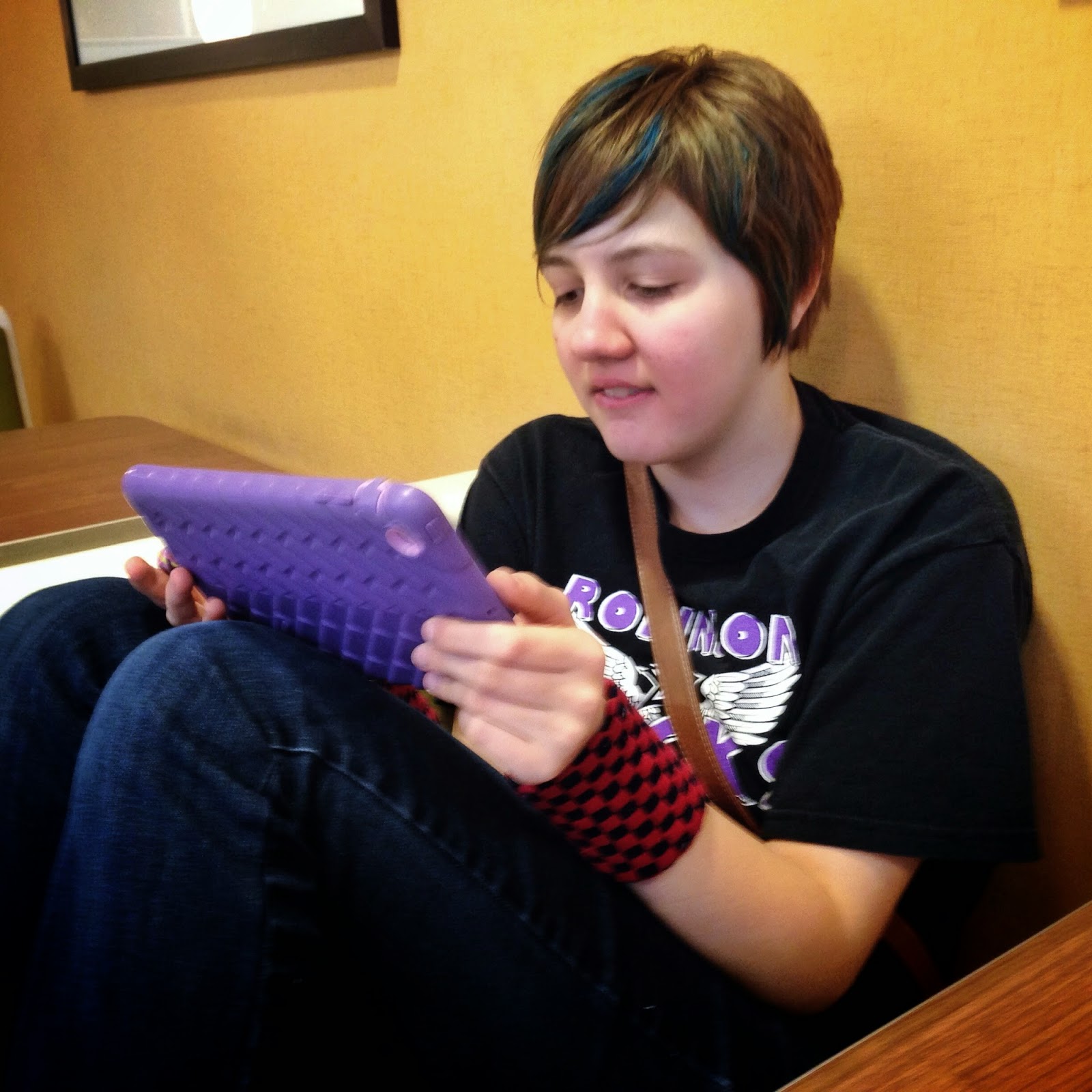 In a piece she wrote for BridgingApps a few months ago, Schuyler had this to say about using her iPad:


I like to use my iPad Mini because it help me with talking and I can looks things up like the the right stuff for school. It makes me as other people. When I used my old speech device, it looks like something wrong with me.

One day, I am hopeful that Schuyler will make peace with her differences and even celebrate them. It's something that we encourage in her self-identification and always have. But she's an ambulatory fourteen year-old girl with an invisible disability, attending a public school where she desperately wants to fit in. She's not interested in neurodiversity, because she's in a world where difference is problematic. That's not ideal, but it's her Now World. For Schuyler, the iPad provides a way to fit in a little better, and to participate in a world of technology and online social presence. And she does so using the same language system that she learned on her dedicated speech device.

Her situation mirrors a great many AAC users her age. And for Schuyler and her fellow invisibly disabled peers, the iPad has transformed weird looks into curious questions. She has gone from an effective medical prosthesis that almost miraculously gave her language she never had before but also sometimes stigmatized her to a new powerful tool that also functions as a part of a social narrative in which everyday tech is inclusive.

No one is suggesting that this technology will work for everyone. But for speech professionals to suggest that consumer tablet technology like the iPad is somehow universally cheap and inferior isn't just incorrect, although let's be very clear on this point. It is WILDLY incorrect. For many users like Schuyler, systems like the iPad have presented a far superior solution. So no, belittling that technology isn't just untrue. It's demeaning. It often represents an attitude that looks backwards, like a turn-of-the-century ice merchant haughtily dismissing newfangled electric ice makers. It attempts to shame users and parents into abandoning their hard-earned new autonomy. "You'll never be capable of supporting and advocating for yourself," the argument suggests. "You need to step back and let the grownups make those choices."

End users and parents and therapists and teachers, they are becoming experts, out of necessity and because they represent the ground troops. They're making their own ice, not just more cheaply but with greater flexibility and efficiency. Professional support entities now need to make some difficult choices about what the future of their industry looks like, and how to create the business models that keep them employed and relevant, and that keep their clients taken care of. These speech professionals are the natural leaders we look to.

But if there's one thing we've learned over the years, it's how to take the reins in hand when necessary. We're mostly okay with that outcome, too. 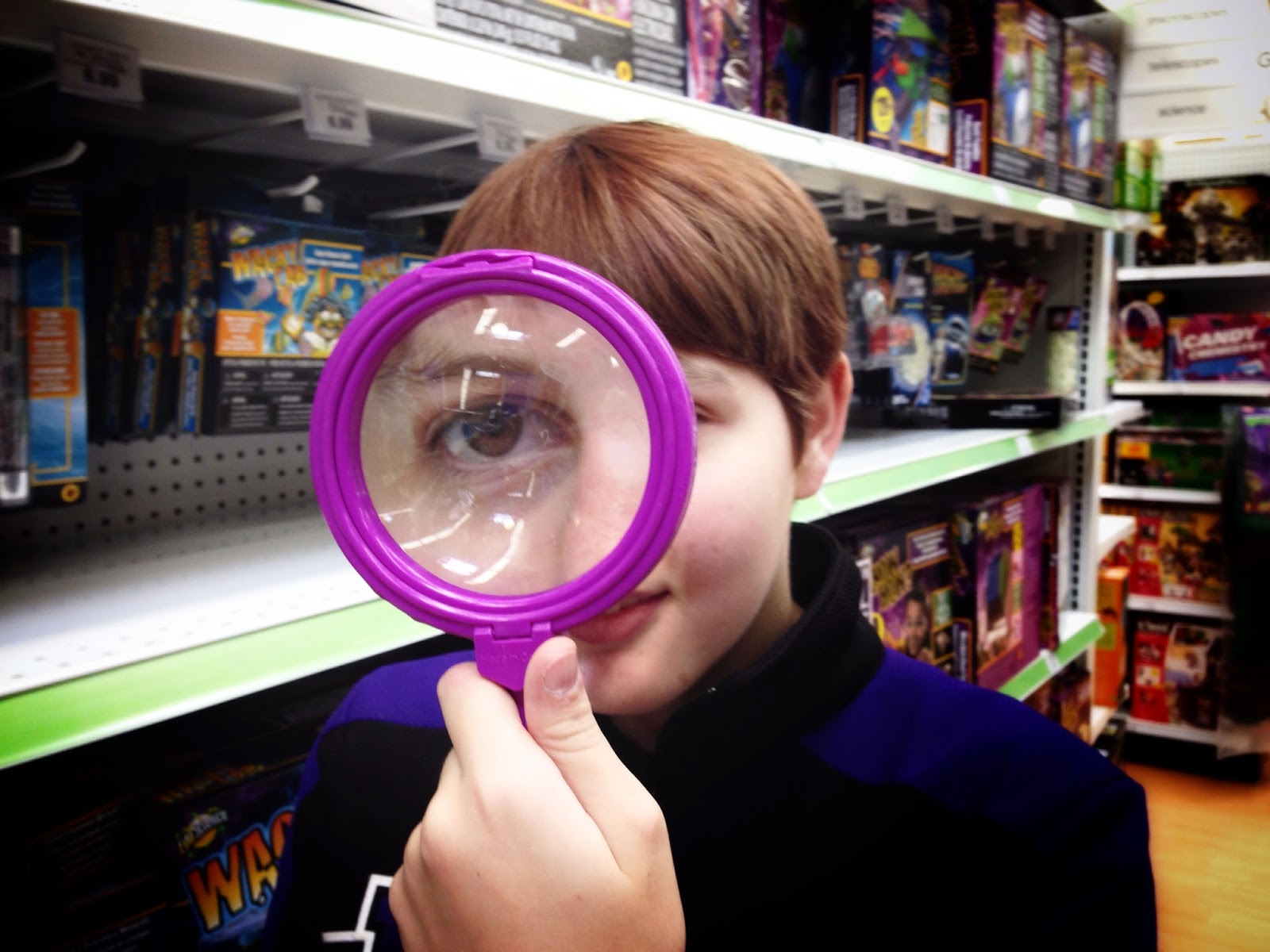