A new year, a new opportunity

In 2016, we're not just going to be choosing a president. We're going to be establishing a new social narrative, or at the very least engaging in a more vigorous discussion than we've had in a very long time. If we can focus on our commonalities, if we can present a voice that isn't necessarily unified (because I know better than to think that is likely to happen), but at least harmonized, this year could present a real opportunity to create a national conversation about disability rights and our broken social model, a dialogue that effectively addresses the needs of disabled persons. This could be the year that society responds to the needs of this community reasonably and empathetically, rather than with "oh, god, not these people again". 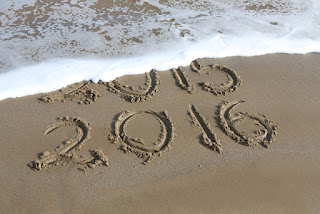 Email ThisBlogThis!Share to TwitterShare to FacebookShare to Pinterest
Labels: nowhere near holland, politics and my socialist heart, support for special needs

As an author or a public advocate and speaker, it happens every so often. You'll be in a public place, and someone will approach you, ask if you're Your Name (note: if they actually say "Your Name", give them some personal space), and proceed to tell you how your work has inspired them or reached them in some way. There are a lot of good things that come from writing and speaking on disability, but this is easily one of the very best. You reached someone, and you made a difference. That's a hard feeling to beat.

It happened again this morning. But not to me.

It happened to Schuyler.

We were at the movie theater, on our way out, when a young woman approached her.

Schuyler smiled shyly and nodded. The young woman proceeded to tell her how she'd heard Schuyler speak at the Region 10 Service Center over the summer, and was really affected by her presentation. She explained that she's a teacher and works with elementary school kids and assistive technology like Schuyler's. She said Schuyler was an inspiration to her and what she hoped to see from her own students.

(At one point, she quickly turned to me and said, 'Oh, I enjoyed your talk, too." It was really nice of her, but totally unnecessary; I am more than happy for Schuyler to own her moments entirely.)

Schuyler smiled hugely and thanked her, and then just like that, the encounter was over.

Except it wasn't over. It'll never be over, not for Schuyler, and not for me. I've been a tenacious and loudmouthed but wildly imperfect advocate for her. Now it's her turn, and moments like this are going to help define the kind of person and advocate she wants to be.

To hear from a stranger that her words and her example are making a positive difference in the lives of others like herself, "with little monsters of their own", as she puts it? You can attach value to a lot of things in this world, but a moment like that is truly without measure.

As for my own feelings of pride for Schuyler, my own words are entirely inadequate. So I'll just leave it to you to imagine. (Think big.) 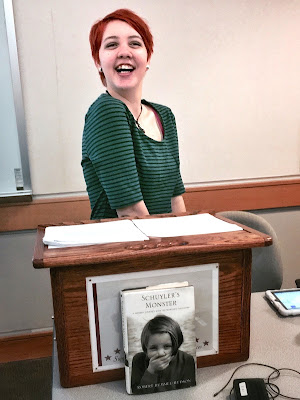 Today is Schuyler's sixteenth birthday. I'm trying to wrap my brain around that, but it's daunting. My little girl is sixteen. Yeah, no, I'm still working on that. 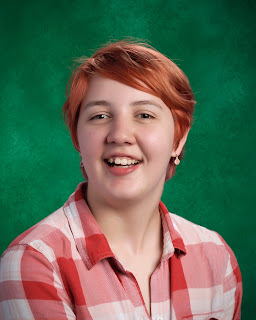 So this is Schuyler at sixteen. She loves music, although most of what she listens to is a mystery to me now. Between what she picks up from her friends at school and her Teen Mix list on Spotify, she'd might as well be receiving transmissions from space as far as I'm concerned. I realize this puts me squarely in the center of curmudgeonly old fart territory, which is fine. Just keep off my goddamn lawn, thanks.

Schuyler occasionally mentions driving, although she doesn't push it too hard. I think she understands that for a number of reasons, including the reality of her past and also very occasionally present seizures, she's not ready. She might be one day, but not today, and not soon. She gets this, and she's not in a hurry to get started.

Like any sixteen year-old, Schuyler is working out who she is, at her own pace. She's experimenting with her look, with her hair color and make-up and other things that are age appropriate. (Her latest thing is asking to shave the sides of her head, which is getting a chilly parental reception; I wouldn't expect that particular look to make its debut any time soon.) She's become a pretty dedicated hat wearer, and complains almost daily about how she's not allowed to wear them to school. She wears her Polymicrogyria Awareness pin on her favorite hat, and she kisses me and says thank you every time she sees me wearing mine, which is pretty much every day.

Schuyler hasn't had a first date yet, although we encourage her as much as we possibly can. She's shy, something she comes by honestly, and she doesn't even remotely understand the rituals of teen community. I'm not sure anyone truly does, but Schuyler REALLY doesn't get it.

People like to make the same dumb jokes about dad not being ready for his little girl to date. And that's fine, because that's our societal narrative. But if I could have any wish for my daughter now, it would probably be for her to find someone who gets her and who wants to unravel the mystery of Schuyler. At sixteen, it doesn't feel like this is imminent, but you just never know, I suppose. 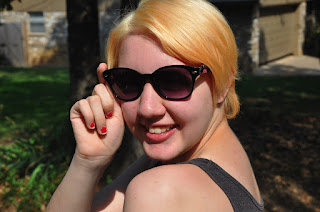 Schuyler is building a peer group, maybe for the first time. It's almost exclusively special needs kids like herself, and she's learning to navigate everyone's differences the same as the rest of us. It's tempting to imagine kids with varied disabilities coming together as a group naturally, and in some ways that's exactly what happens. Outsiders find their own. But there are bumps in the road, and she's learning to deal with those. I think she's doing pretty well.

Schuyler at sixteen is a girl who lives behind electronic screens, which is not particularly unusual for a girl her age. I sometimes worry about that, but those screens are her path to a larger world, for assistive speech tech and social media and direct communication through texting. I'll accept excessive Netflix as the price we're willing to pay for that.

At sixteen, Schuyler loves all things Star Wars. She likes manga and anime (I'm assured that these are different things) and putting on headphones to sing along to her music without reservation, often without awareness of how loudly she's belting it out. Unlike her earlier years, however, she doesn't particularly care when you point it out to her. Schuyler's got to sing. Everyone else needs to deal with that. 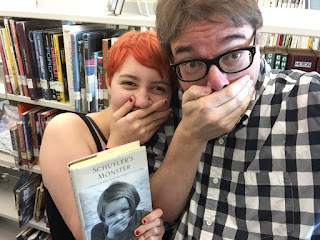 She still giggles when she sees a boy she likes. She epitomizes uncool in those moments.

She asks a lot of questions, even though I tell her she has to pay me a dollar if she asks ones I've already answered. (She's running up a tab.)

Schuyler has declared herself an agnostic, saying that she mostly believes in God, but thinks the Jesus story is silly. That hasn't changed in a few years, so I imagine she might just stick with that perspective for a while.

She also wants to become a DJ, with the name DJ Space Monkey.

Schuyler still laughs loudly, runs and jumps around vigorously, touches the people she loves without hesitation and sometimes without much in the way of boundaries. She talks during movies in a stage whisper that isn't even remotely quiet. Being with Schuyler is a very physical and not at all subtle experience, something that no doubt comes from so many years of having to employ physicality in her communications. We try to help her adjust to a more polite community around her, but to be honest, it's one of the things about her that I'm the lest interesting in losing as she gets older. Typhoon Schuyler is the merriest of storms.

Most of all, Schuyler still wants to be a teacher. She gravitates towards advocacy in ways that as a parent I never dared to hope for. I'm not sure you can teach a child to be truly empathetic. You can only hold that door open. Schuyler's got the biggest heart in the world. She still wants to help others like herself, people "with little monsters of their own".

At sixteen, Schuyler is still the radiant center of the universe. Well, I can only speak for myself. 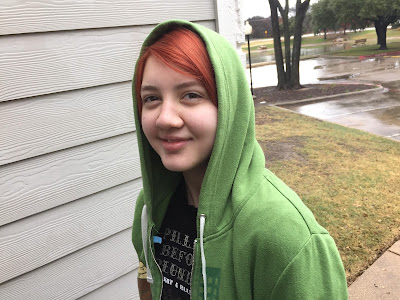 The Season of Beauty Found

It's only a few days before Christmas, and even though I'm a dirty heathen, I find myself compelled to reach out to my fellow special needs parents. I understand that it's not necessary an easy or particularly merry time for many of you. I know that in some ways, this might be the very hardest part of the year. There's not much in the world with as much power to isolate us as a seemingly constant reminder that the standard holiday narrative is not our own. Happy and understanding families, smiling untroubled kids, a world filled with peace and love and acceptance, all of these can feel far away to us. The Norman Rockwell scenario fed to us by popular media can sometimes feel like it's winking at us and saying out of the corner of its mouth, "Ah, yes, but not for you."

Happy holidays to you all! 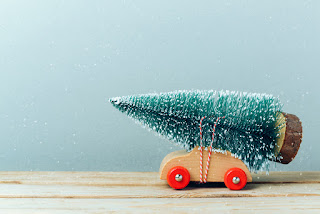 When we can't pass and disappear into the world of the typical, the internet communities we build help us to feel as if in this smaller, more self-selecting world we've assembled, we're part of a neighborhood, and when someone is in trouble, it can sometimes seem like that family lives just down the street, and we were informed by a neighbor walking by. It is, as I said, a fiction, but it's one of the more valuable ones we have. 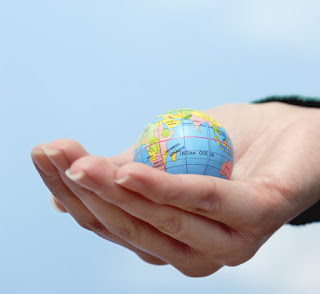 The world isn't an easy place for kids like Schuyler, but at times like the holidays, it can perhaps be a little more straightforward. I think one reason Schuyler adores this season so much is that for at least a little while, the rules become a little more clear, and a little more fair. It doesn't matter so much if disability makes things harder, because during the season of peace, the people around her perhaps try a little harder to be kind and inclusive. The world in which she lives, one that fascinates her even as it sometimes disappoints, it makes a little more sense at this time of year. And if I'm paying attention, her straightforward love for that grand, rough world begins to make a little more sense to me, too. 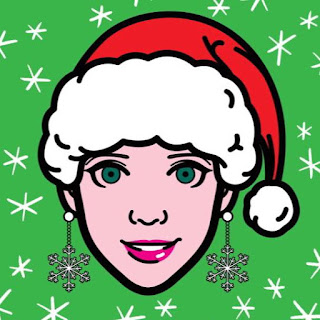