Ride of the Valkyrie

Halloween is Schuyler's favorite holiday. It's probably mine, too, even though I rarely dress up. (The infamous Year of the Chicken notwithstanding.) It's my favorite entirely because of the happiness it brings her. That may change as she gets older and becomes more aware of her otherness, and as she ages out of things like trick or treating. For now, we cling to Halloween, and look for ways to make it stay hers.

I can't say for certain why Schuyler loves Halloween so much. Probably for the obvious reasons. Free candy, running around with her oldest friend being weird in the street, staying up late, playing dress up, etc. I wonder sometimes if there's more to it, to the fact that on Halloween, Schuyler's weird disappears a little. When she becomes someone else, she lets go of who she is, of the circumstances in which she finds herself, even if just for a night.

Once she was old enough to choose her own costume, and after a few years of perhaps predictable fairy choices, Schuyler seems to have gravitated toward strong female characters, which of course makes me happy. The best was easily Amelia Earhart a few years ago, which she wore to the Texas Book Festival because my fancy pants authorness stepped all over her childhood. (Sorry.) And last year we had Medusa, of course.

This year, she had her big idea while we were watching the Met's production of Wagner's The Ring of the Nibelungen, because yes, I have somehow raised a little opera nerd. (Don't worry, she still balances it out with Lady Gaga and the like.) So this year, I give you Brunhilde, the most badass of the Valkyries.

(Unseen in the photo: the hidden pouch for her iPod and its "Brunhilde Mix", consisting of lots of Wagner and the audio from the Warner Bros. "What's Opera, Doc?" cartoon.)

As Schuyler gets older, she finds herself in greater need of the words, and the concepts behind them, to express how very very much she hates her monster, and the unfairness that it brings to her life.

When she was younger, Schuyler said it with a howl. She needs a new howl now, and she's working to find it. 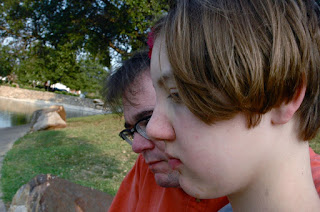 by Robert Hudson at 7:22 AM No comments:

Email ThisBlogThis!Share to TwitterShare to FacebookShare to Pinterest
Labels: big box of words, nowhere near holland, schuyler, support for special needs, the monster, well that sucked

It's election season in the United States. This is a very special time for the people of this country, an opportunity to come together to soberly and with much reflection choose the fellow citizens in whom we trust to lead our nation into an uncertain future.

It's a time to explore our differences, of course, but also to celebrate the process of peaceful transition, of the theory of democracy made real. In this season, it is possible to experience the essence of American citizenship and the dignity and majesty of our system of government, based as it is on the strength and goodness of community.

In that spirit of civil discourse, I give you the post-debate words of author, pundit and self-proclaimed patriot Ann Coulter.

I highly approve of Romney's decision to be kind and gentle to the retard.
— Ann Coulter (@AnnCoulter) October 23, 2012

Having gotten everyone's attention, she later doubled down. (Beautifully, she did so as a way of calling out the president for insensitivity.)

Obama: "Stage 3 Romneysia" - because cancer references are HILARIOUS.If he's "the smartest guy in the room" it must be one retarded room.
— Ann Coulter (@AnnCoulter) October 23, 2012 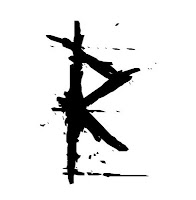 Look. I've written about this in the past, about how some people use this word because they are ignorant, and others because it's good for an easy laugh. And I have never ever said that no one has the right to use it. I've never advocated banning a word, even if that was even possible. In a way, I'd almost rather prefer that the people who want to use it actually do so. It's a quick identifier, a kind of vocabulary profiling, a little red flag that tells me a lot about the person before I invest a great deal of time taking them seriously.

Also, as I've made clear before, I have been extremely guilty of using that word in the past. I didn't necessarily get smarter since then, but through my own life experience and through the extraordinary people I've met as a result of advocating for Schuyler, I think I might have become a little wiser. Certainly more sensitive, although like most people, I have a long way to go. Still, I freely acknowledge that when it comes to speaking out against using the "R word", I am very much Nixon going to China.

When she uses this word to insult the president and liberals, Ann Coulter is making a choice. It's a very calculated choice, too. She knows that people will be upset by her language, but more importantly, she knows exactly WHO will be upset. When contacted about her use of the so-called "R word" in her tweet yesterday, Coulter replied, "The only people who will be offended are too retarded to understand it."

And like every other public figure who has used this term loudly and proudly, Ann Coulter has spared not a single thought for those whom she hurts. People like my daughter aren't on her scope. People like my family don't matter. Human beings with developmental disabilities have so very little political power, and fight so hard for what scraps they have. Are they even human beings at all? Don't ask Ann Coulter.

For those with developmental disabilities who can stand up for themselves, and for those of us who care for and love and most of all strive to protect and build a better world for those whom the likes of Ann Coulter would reduce to a vicious punchline, the fight falls at our feet. Not to stop people like Coulter from expressing their opinions. Not to silence them. As I said, if anything, I prefer that they stand in the light when they make these statements. Given the choice of knowing that there are roaches skittering around my kitchen at night (note: I'm being metaphorical; we don't have roaches, knock on wood) or turning on the light, I'll reach for the light every time. Even if some of the roaches, like Coulter, crave that light.

If Liberals excuse her remarks because we think she's a buffoon who is clearly desperate for attention, we become complicit. If Conservatives distance themselves from her and say "Well, she doesn't speak for me, so I have no duty to rebuke her," they are also complicit, because it's not a political issue. It might be a little different if she were abusing communities with any power or any privilege, groups that could push back.

But Coulter knows that the disability community is a safe target. No, scratch that. Not even a target. Just a punchline. A target would imply that there was some political gain to be had in hurting people like my daughter, like her friends and her family and her community.

As it is, there's not even that. They're just retards, right?

As citizens of the world and children of God, we have a choice to make, and it needs to be every bit as deliberate and considered as Coulter's choice to use that word the way she does. We have a choice to make every time we read a comment like hers made by a public figure, of course. Whether it's a notable Republican like Ann Coulter or a Democrat like Chicago Mayor Rahm Emanuel, we have to hold them accountable.

But more than that, we have a choice to make every time we hear a stranger at the mall use it, or a friend, a family member or a coworker. It is in those moments most of all that we make choices, sometimes hard ones. When we choose silence, when we choose not to make waves or risk looking like humorless scolds, we make a choice. We choose the side of the Ann Coulters of the world.

I remember a line from that famous Howard Beale scene from Network:


I guess what I'm trying to say is yeah, I'm as mad as hell. And I'm not going to take this anymore. And neither should you.
by Robert Hudson at 3:13 PM 46 comments:

Email ThisBlogThis!Share to TwitterShare to FacebookShare to Pinterest
Labels: internet crap, just a word, my big opinions, politics and my socialist heart, well that sucked

We have the opportunity to invade our daughter's privacy electronically. We feel weird and wrong doing it. And we do it anyway.

I don't feel particularly right on this particular issue. I might even feel mostly wrong. But I also feel bound to continue making what feels much like the wrong choice, yet also the clear one.
by Robert Hudson at 10:28 AM No comments:

Email ThisBlogThis!Share to TwitterShare to FacebookShare to Pinterest
Labels: big box of words, nowhere near holland, schuyler, support for special needs, the monster

Today's post over at Support for Special Needs is a short one, just a brief followup (and hopefully a resolution) to the ongoing legal tussle between Speak for Yourself and the Prentke Romich Company. Here's hoping this is the very last time I'll ever write about this ever. Dream a little dream.
by Robert Hudson at 9:14 AM No comments:

Portrait of a Real Girl

My latest post at Support for Special Needs discusses a little exchange I had on Twitter last week, ostensibly about Schuyler's school photo. The conversation was a doozy, and mostly ended in kookery, which is hardly a surprise at this point.

Still, it brought up a larger point, about how kids like Schuyler are typically a lot more complex and self-determined than some people give them credit for. They are, dare I say it, actual people?

It's Monday, so of course that means there's a new post at Support for Special Needs.

There's a saying that special needs parents hear a lot, rivaling the Holland Thing for frequency of appearance in our inbox. "God never gives you more than you can handle."

But through experience and observation of our families and others like them, we know better. Sometimes he does.
by Robert Hudson at 7:30 AM 6 comments: