It's Monday, meaning there's a new post at Support for Special Needs. Today I discuss Schuyler's own self-advocacy where her communications are concerned, making real decisions regarding how she chooses to make herself heard. 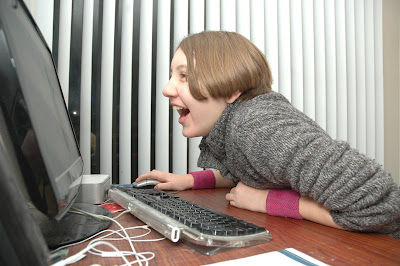 by Robert Hudson at 8:18 AM No comments:

But I Was Looking at the Permanent Stars (Memorial Day 2012)

Voices of boys were by the river-side.
Sleep mothered them; and left the twilight sad.
The shadow of the morrow weighed on men.

Voices of old despondency resigned,
Bowed by the shadow of the morrow, slept.

( ) dying tone
Of receding voices that will not return.
The wailing of the high far-travelling shells
And the deep cursing of the provoking ( )

The monstrous anger of our taciturn guns.
The majesty of the insults of their mouths.

Email ThisBlogThis!Share to TwitterShare to FacebookShare to Pinterest
Labels: music, politics and my socialist heart

There's a new post at Support for Special Needs. It's not long, but it was hard to write.

I hope I don't have to write another one like this for a long, long time. 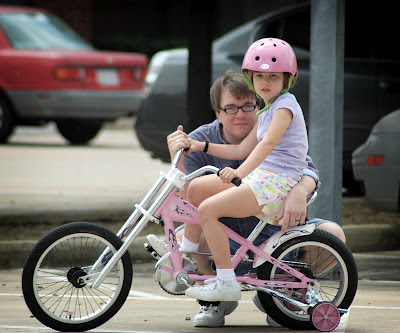 The End of an Experiment

There's a new post over at Support for Special Needs. My thoughts on the conclusion of a program that really did make the difference in Schuyler's life.
by Robert Hudson at 7:31 AM 2 comments:

In the past year or so, Schuyler has made a discovery. It's one I've always known she would make, and always anticipated with a heavy heart. Inevitable, perhaps, for any person with an essentially good heart and a love for the world that it has neither earned nor returned.

Schuyler is learning how to be sad.

She learned in middle school that being surrounded by people doesn't mean you can't be lonely. She learned that people will look at a kid like her and make assumptions that are extremely unkind, assumptions that she can't easily dispel. She learned that her brain can betray her, can leave her confused and dispirited, and that as she grows older, that betrayal only grows worse. The last few times that she's suffered partial complex seizures have left her crying. She had one last night in the middle of dinner with friends that left her sobbing, for no reason she could identify. "I can't stop crying," she kept saying to me, and the confusion in her voice was, for me, perhaps the most heartbreaking of the many bad things about her fucking monster.

Schuyler is coming to realizations about this grand, rough world that she probably already knew, but in the last year or so, she's taken those lessons to heart.

Today I accompanied Schuyler to her middle school band's annual trip to a local water park. I was attending as a parent chaperone, doing things like checking names as the kids got on the bus and handing out wristbands and such, but when the rest of the chaperones' jobs were done and the kids were in the park, my real duty began. The band director, a good and decent person who really does real damage to the crappy reputation of conductors everywhere (I kid, I kid...), recognizes our daughter's challenges, and she works harder than we have any right to expect in order to make Schuyler's band experience a good one. She put me on the chaperone list, I believe, so that I could keep an eye on Schuyler.

Schuyler had a good start to the day as she and a friend gravitated to each other immediately. But I knew we might be in trouble when I saw the girl later with someone else. When Schuyler found me, she was frowning.

"She found another friend," she said. I tried to explain that just because her friend was playing with someone else didn't mean anything bad, and that sometimes people just change up their buddies from time to time, but she wasn't convinced. I honestly had no idea what had happened, but I know Schuyler. She's an amazing person, but she can smother her friends. It's always been a problem and it will continue to be one, until she finds her person, the one who only wants more of her, not less. And that girl or boy will be her soulmate and her forever person, and that will be that.

We sat down for lunch, and were having a pretty good time. Schuyler was fighting a losing battle with a hot dog that she had inadvertently smothered in a toxic strata of mustard, but she was soldiering on. And that's when we heard it, from the table next to ours. A girl, laughing and yelling at her friend.

Schuyler stopped. Her face froze, and she turned to look at the kids. They were oblivious; I don't even think they were from her school. They carried on, not knowing what they had just done, which I suppose is true of the majority of people who casually throw that word around. But I knew. I could see it on Schuyler's face. She turned back to her lunch, her face now a careful mask.

"Are you okay?" I asked. There was no need to acknowledge what had been said.

I tried to explain that the girl wasn't talking about her at all, but Schuyler was absolutely convinced that she was. Beyond that, I explained, not for the first or I suspect the last time, that people who use that word don't have the first clue about who Schuyler is or what she's capable of. That word has nothing to do with her, I said, and people who use it only make themselves smaller, not her. Schuyler sat quietly, not even looking at me when I snapped a photo of her, trying to cheer her up. She listened, but she didn't hear. She'd already heard what she needed to, and not from me, but from one of her peers.

Finally she gave me a lingering hug and said something that I can tell you for a fact that she has never said to me in her young life, yet something that I've said a hundred times to just about any person who has ever loved me, ever. I suppose it was just a matter of time.

"Okay," I said. And she did, for almost an hour. She was never alone, because I followed her from a distance, watching. Maybe that was the wrong thing to do, but it didn't feel wrong. I know it wasn't the wrong thing to do. Sometimes the hardest part of being a father is when there's absolutely nothing I can do to make it better. Just follow, and let her sadness resonate with my own.

She walked with her hood pulled up, her hands in her pockets, her face cast down, moving sadly through the park and the world like a ghost.

Email ThisBlogThis!Share to TwitterShare to FacebookShare to Pinterest
Labels: just a word, my big opinions, nowhere near holland, schuyler, the monster, well that sucked

There is a new post up at Support for Special Needs. Schuyler's IEP meeting is later today, so I decided to share my thoughts on that whole process.

The big news today is that for the first time, Schuyler will be attending that meeting. This has been something we've always wanted her to do, as soon as she was ready. She's going to share her decision with the committee as to what assistive tech solution she has chosen for next year. We've given that decision over to her entirely, and she has been extremely mature and contemplative in making that choice.

I couldn't be more proud of her. 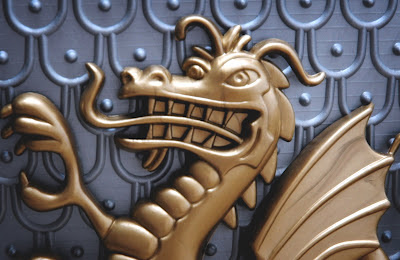