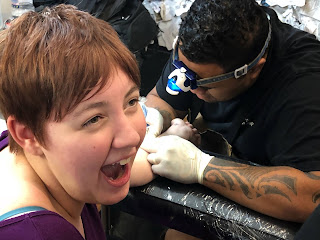 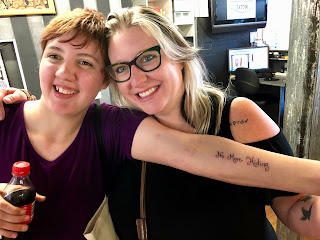 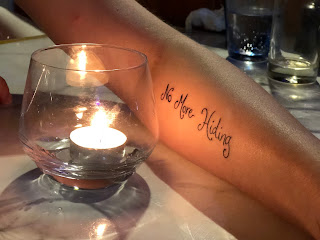 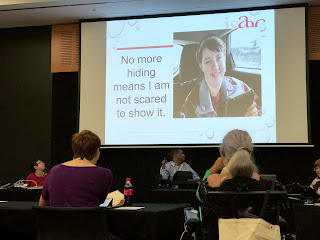 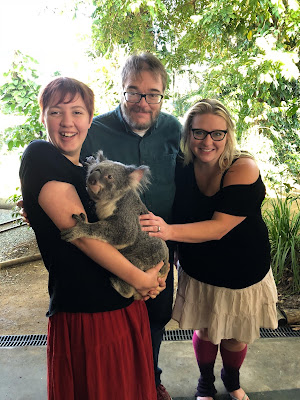 “I thought I was the only one.”

It was a surprising thing to hear from Schuyler. It never occurred to me to think that she really believed she was all alone with her Polymicrogyria, and on an intellectual level, I know she understood that she wasn’t literally the only person in the world with it. But it wasn’t hard to understand why she would feel that way, or why she now understood just how very untrue that feeling was.

She quietly made that statement to me as we sat at the Polymicrogyria Family Conference in Denver last weekend, listening to the keynote address by Australian writer, speaker and life coach Natalie Roberts-Mazzeo. Natalie has been writing about her daughter Chiara online for a number of years at Chiara’s Journey and Miracle Mama, and her keynote address to the conference was powerful and deeply moving. More to the point for Schuyler, however, her story of her five year-old daughter with PMG felt very, very familiar.

All the stories we heard felt familiar. And it was in that familiarity that the real value of the conference could be found. 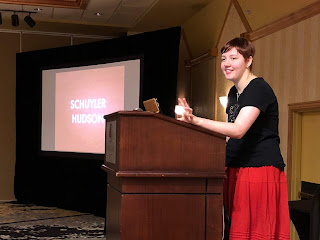 I’ve written about PMG a great deal over the years, so I won’t go into it too much here. It’s not as rare as we believed it was back when Schuyler was diagnosed in 2003, when her doctors found fewer than a hundred confirmed cases, but it’s still rare enough that we are unlikely to even meet professionals who know about the disorder, much less another person with PMG, unless it’s at an event like this one. Schuyler’s sense of uniqueness and perhaps even isolation has grown out of having friends with their own disabilities like CP or autism that come with a community. It’s hard to be different; it’s more challenging to be different even among the different.

But this weekend, almost two hundred Polymicrogyria family members converged on Denver, including about thirty young people with PMG. And just like that, Schuyler was among her people in a way that she’d never experienced before. She was the oldest with PMG, if I’m not mistaken, and honestly, the one with the most subtle impairments. I think she noticed that. I watched her empathetic nature bloom as she played hard with the younger PMG kids. They adored her, and she loved them right back. She was everyone’s big sister, in a way that was a little bittersweet.

It was bittersweet because we always thought Schuyler would be a fantastic big sister. When we were warned that there was likely a 1-in-4 chance that another child would have PMG and that it would almost certainly manifest itself less gently if it recurred, however, we made a hard choice not to have any more kids, and we never discussed it again. That was thirteen years ago. And that was that, until the doctor who diagnosed her casually mentioned during his video presentation on the ongoing research into PMG that for kids whose PMG manifests itself like Schuyler’s, the cause isn’t genetic.

That was hard to hear. That’s all I think I want to say about that. 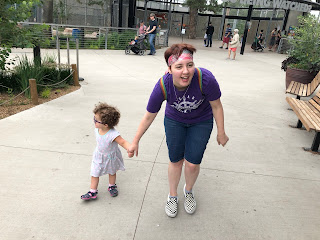 We gave our presentation on the last day of the conference, and while I think my part went pretty well (aside from a Marco Rubio-style dry throat moment), it was Schuyler’s presentation that landed with particular impact. It’s not hard to understand why. The word “inspiration” is problematic at best in the disability community, and I try to use it sparingly. But when families and people with PMG looked up and saw a formerly non-verbal kid like theirs sharing her experiences and her thoughts and dreams using speech technology, and when they met her and saw how well she communicates now and the promise of her future, I think they were reminded of possibilities that have been perhaps hard to believe in.

We’re not the only ones who have felt isolated and alone with Polymicrogyria. We’ve all sort of marinated in the dire predictions and the dark prognoses that come with a PMG diagnosis. We’re not the only ones who had this mouthful of syllables attached to our children and then sent out into a world that wasn’t prepared for them or for our questions and fears. There’s no promise inherent in Schuyler’s manifestation of PMG, no suggestion that her fate is going to be anyone else’s. But it’s important to remember that all the dark predictions that most PMG parents seem to get upon diagnosis were the same ones we received all those years ago. Schuyler doesn’t represent the future to anyone, but perhaps she suggests possibilities, and that’s not a small thing.

I’ve presented at many conferences and gatherings over the past decade, and they’ve all changed me, made me a smarter and more empathetic person. I’ve been profoundly fortunate to have these opportunities. But this was special. This was family. I met devoted parents, including a bunch of extraordinary fathers, and I was privileged to meet their beautiful kids. And it is my most sincere hope that the growth and the community that we all felt for one summer weekend in Denver won’t dissipate as we return to our lives, the ones we all lived before but which now seem transformed.

There’s work to do. I have no doubt at all that these families, this one newly minted large family, will get that work done. 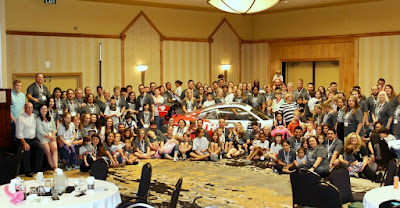