Schuyler and I are at a quiet burger place. We're having a late lunch after working on a homework project most of the afternoon, and there are only a few other people here. The burgers are good, and they have wi-fi and milkshakes. She's on her iPad watching Netflix, and I'm on my laptop catching up on some work. It's not perfect, but it might be close.

The doors open, and a high school cheerleading squad enters like a tsunami, followed by their parents and friends. The parents are almost comically loud, and the boys are posturing and preening with a forced casualness. The girls are energetic and interchangeable, matching uniforms and identical hair and high wattage smiles. They have quintessential Texas suburban names like Brooke and Madison.

The noise is intense, that much more so for the contrast with the near silence only a few minutes before. I hunker down like a curmudgeon, but Schuyler simply ignores the swirl and noise at first. She's engrossed in whatever movie she's watching. It occurs to me that five days a week, she occupies a world full of teenage chaos. She's unflappable.

Eventually Schuyler begins to watch the kids as they run around, groups forming and breaking up and reforming minutes later. I realize as I watch that this is how I'd hoped Schuyler's cheer squad would behave this year. All my misgivings about Schuyler becoming a cheerleader had been balanced by this idea of a bond between girls, a protective group dynamic. I can see it in this group, in ways that I never saw it in Schuyler's squad. Here there are no outliers, no girl trying to fit in, attempting to join the discussions before finally sitting apart.

There's no Schuyler in this squad.

I can't imagine what Schuyler is thinking, although it is clear that she's very deep in thought. I sneak a few photos of her, trying to catch the reverie in her eyes. I think I manage. When I show her the photo I like the most, she smiles. I ask if I can post it, as I always do, and she says yes.

"Does this remind you of your cheer squad?" I ask her.

She watches the girls a bit longer, and her face isn't sad so much as resigned, perhaps. The day before, she and Julie went on a trip with Schuyler's middle school band to a local water park, and the report back from Julie was reminiscent of the year before, and the year before that. It was a repeated sequence, Schuyler trying to break into a group of friends and running with them for a short while before being left behind. Schuyler can be a hard kid to be friends with, I understand. She's excitable and handsy, in that way that many nonverbal kids can be even after they grow older and develop speech. Crucial early childhood years with no expressive language have trained her to communicate with a kind of physicality that can be awkward now that she's a teenager.

Now, the next day, she has withdrawn into herself, not morosely but with a kind of sigh. This is the cycle of Schuyler. She tries to integrate socially, she succeeds at first but all too soon falls out into solitude, and spends some time regrouping before going back into the fray. It's not all because of her disability, I know, because I function in much the same way, and today, Schuyler and I are both turtles pulled into our shells.

Seated in the middle of this cacophony, we've got our walls up. And it's okay. It's not ideal, but it's what we need. 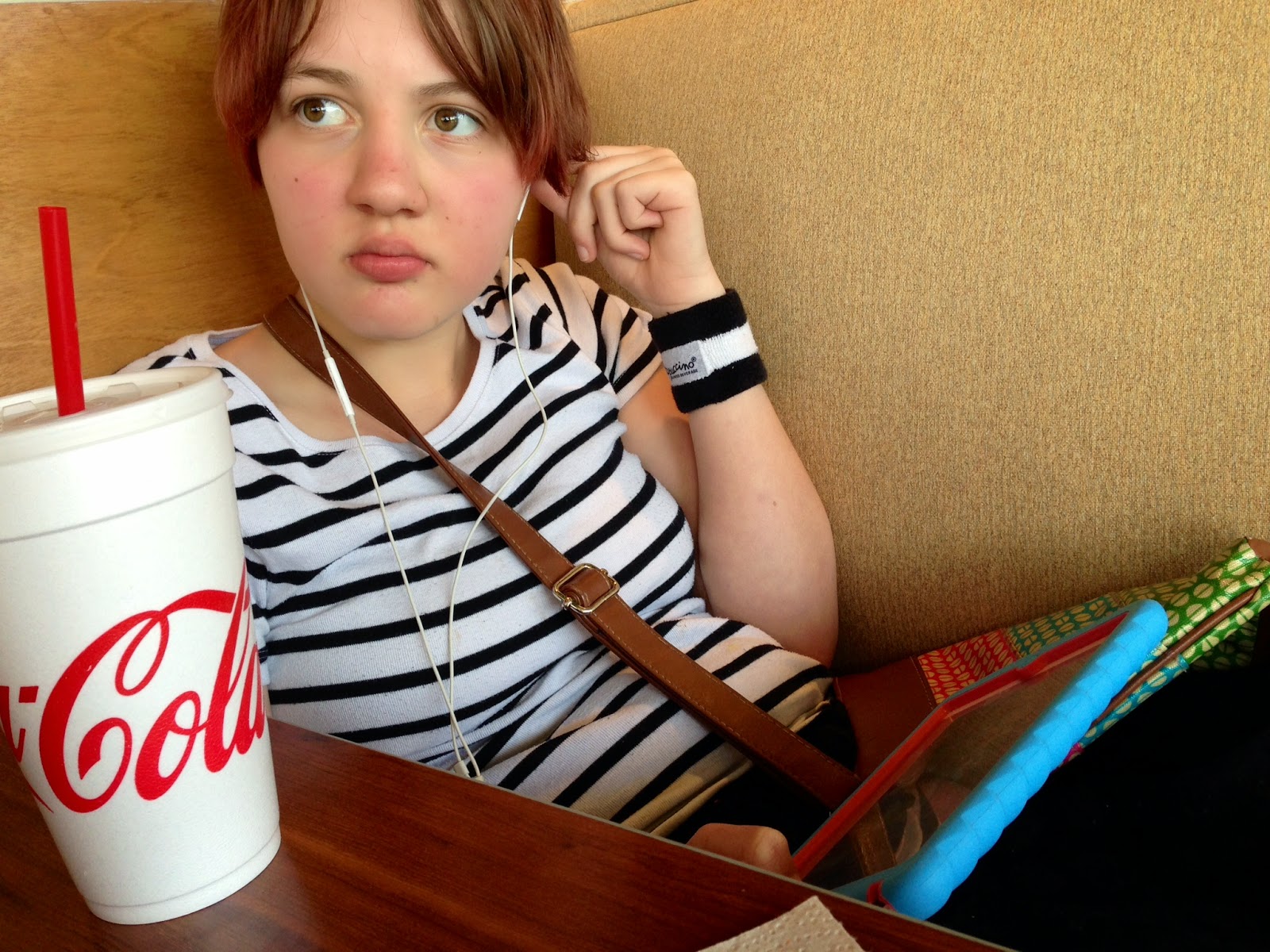