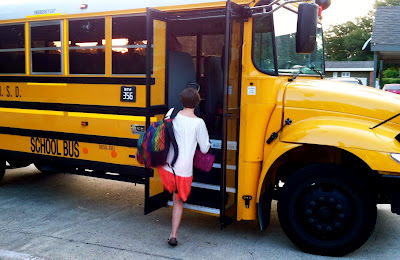 I hope she has a great day!

I felt the same way on Allie's first day on the school bus. I was like, wait a minute! You are supposed to miss me.

Oh well, the joy of trying to raise a well-adjusted kid.