I haven't written much about Las Vegas. Part of the reason is that it turns out Schuyler and I have a random weird association with the event. Nothing exceptionally personal, but one of those “goose walked over my grave” kinds of things.

Almost eight years ago, two of our dearest friends got married in Vegas, and since it was on Schuyler’s tenth birthday and they adore their goddaughter, they turned their reception into a birthday party for her as well, with a beautiful cake and some of the people she loves most. The photos I took of Schuyler that evening are among my favorites ever, as are the memories we made that day. The ceremony was held in a beautiful chapel in the Mandalay Bay Hotel. The reception? In a very fancy suite on the 32nd floor.

So there’s some extra feelings about this tragedy, but not because I think there’s anything so grim in the world that it can automatically besmirch a perfect day just because of dumb coincidence. But it does mean that when reporters describe the scene that took place inside that room, I can see it vividly in my head.

I dreamed last night that both events were happening at the same time, with love and laughter and cake and most of all people I love, including a little girl in a pink plastic birthday tiara who happens to be the whole world to me, but also with a dark figure skulking behind everyone, moving from window to window. I was the only one who could see him, but for some reason I couldn’t tell anyone. That was an exceptional shitty dream.

So yeah. That fun fact has tied my tongue a little. More than that, though, I simply don't have much left to contribute. I feel like I said what I needed to say after Sandy Hook, but as others have pointed out, apparently we as a society have decided that dead six-year-olds are the price we're willing to pay in order to make sure gun fetishists keep their unfettered access to weapons of mass murder. Who am I to tell society they're wrong?

A couple of weeks ago, there was a shooting in Plano, blocks from my apartment, that ended up being the worst mass shooting in the US in 2017 so far. I'm shocked that it took this long to lose the title, honestly. I drive by it a few times a week, including this morning, and I watch it slowly turn from a crime scene surrounded by police cars and news vans to a memorial site covered with wreaths and teddy bears to what it is now, a sad and darkened house with one simple cross in the yard. Soon it'll just be property for sale. And soon Vegas will go back to being a place people go to party and gamble and forget how fucked up the world is, even in the shadow of Mandalay Bay.

And we'll forget, mostly. Not because we don't care, but because there'll be somewhere else stained in blood on our screens. New faces, new frenzied chyrons, new central casting terrorist bad guys (if they are people of color) or lone wolves with mental illness (if they're white). This is a show that never gets cancelled.

There’ll always be another one, and eventually a worse one, because we bought this scenario with the blood of children. And if there’s one thing this nation appreciates, it’s how to get our money’s worth. If you can convince yourself not to care about strangers who die, suddenly our big loud gun hobby just became a bargain. We like bargains in this country.

And so it goes. See you at the next one. 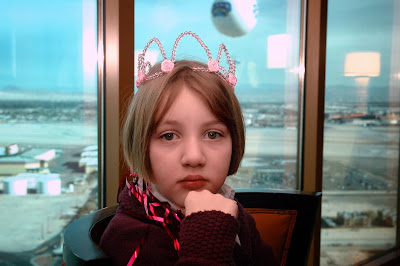 Email ThisBlogThis!Share to TwitterShare to FacebookShare to Pinterest
Labels: politics and my socialist heart, robly matters, schuyler, well that sucked

Funny thing.... it's been years since I've seen your blog--not because I wasn't loving it; I was. But, I have a brain injury and if things aren't right in front of me, they cease to exist. Anyway, something popped up on my screen with Schuyler's picture on it and immediately I had this profound need to know how she is doing, what she is doing, and how life has fared in your worlds. So, I googled your name in order to find your blog, hoping it still was being written. And it is! And I see a now teenaged Schuyler as beautiful and spirited as she always was. This did my heart good.

What broke my heart was hearing about her birthday that took place in the same location as the shootings. And it broke my heart to read you say we forget, not because we don't care, but because there are always new, blood stained stories flashed before us. Because that is so true. We just seem to be a country with such misplaced priorities and that situation is only getting worse and worse and worse, given our leadership.

Anyway, while I COULD wax and wane all day about the current state of affairs, I won't. I really just wanted to say thank you for the fact that you are still blogging for Schuyler. Now I can't wait to go and read about your lives over the past four or five years. Hard to believe it's been so long, but it has.

Love, peace and happiness to you both.