The Disposable and the Unseen

This morning at Support for Special Needs:

When I read the story of the attack in Japan, it struck me that Satoshi Uematsu’s position on the disabled as being a burden on their loved ones and a drain on Japanese society is grotesque and extreme, no doubt. But it echoes an argument made time and time again in this country as well, at school board meetings and on educational discussion boards and on newspaper opinion pages in every American community. “How much are we going to spend on special education when there are gifted and talented kids who have so much more to…” (wait for it…) “contribute to society?” Petitioning to the government to have people with disabilities “euthanized” is horrific, but it’s not an unfamiliar narrative except in its awful scale. We all own a little bit of Uematsu’s horror. 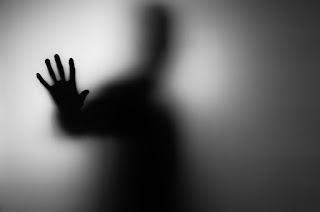 The people who argue “How much are we going to spend on special education when there are gifted and talented kids who have so much more to…” (wait for it…) “contribute to society?” annoy the hell out of me, because they don't seem to realise that disabled people can also be gifted and talented. This false dichotomy, quite frankly, pisses me off.

Take a friend of mine, sadly now deceased. He was so impaired by muscular dystrophy that he could intentionally move only the muscles of his face, and one finger. He could not speak due to a tracheostomy required for his ventilator, and certainly could not type using a keyboard. And yet he wrote a large chunk of the FreeBSD operating system, which - even if most people use Windows or Mac OS - certainly was a considerable contribution to society.

"Oh," your arguers would say, "We don't mean people with physical disabilities who can prove their intelligence, oh no."

Okay, well. How about my ex-girlfriend, who is severely dyslexic and also voraciously intelligent? Due to her "spiky profile", she was never sure if she was intellectually gifted or learning disabled - she would spend some of her school day in the top sets for academic subjects and some in the special education section. She spent several years running a support and social group for bisexual people in her local area, and now cares for her elderly mother.

"Oh," your arguers would say, "Of course we don't mean dyslexia, lots of bright people are dyslexic. No, no, we mean people who need actual interventions."

How about my boyfriend, who has such severe social impairments due to his autism that he had never even had a friend before we met online, when he was 31? He has just changed jobs, to a place where he's happy for the first time in his life because almost everyone he works with is also on the autism spectrum, or has ADHD. The US military and space programme depend on the products designed by these highly gifted electrical engineers, all with at least one degree and some with two or three - yet most of them have some quite serious issues functioning in society.

At this point your arguers would probably get quite angry. "No, no, we don't mean them, the ones who can go to university. We mean those other ones." And they might come out and use some terrible expression for the intellectually disabled, like the R-word.

(continued in next comment since I apparently wrote too much)

And it's just ridiculous. There are many jobs in our society which do not require high academic ability. Greeter, cashier, shelf-stacker, the person who gathers up the shopping trolleys/carts and returns them to the bay, refuse collector, street sweeper, cleaner, factory packer, gardener... Lots of blue-collar jobs which well-educated people look down on and forget even exist - and yet someone has to do these jobs. Whenever there's some sort of pay dispute and the refuse collectors go on strike, leaving garbage to pile up on the street... yeah, then people notice they actually exist. The rest of the time? Eh, garbage is magically taken away by the fairies.

How can you expect people to contribute to society if you don't give them the tools they need to do so? Kids like your Schuyler are probably not going to get PhDs, but that doesn't mean that they aren't people. Special education means that Schuyler can read and write and do arithmetic - there are many jobs she would be capable of, assuming that she's able to keep her seizures under control and that she doesn't need to speak often. People-facing jobs which require constant talking and rapid responses would be a problem because it would take too long for her to type out sentences on her speech synthesizer, but there are a whole bunch of necessary jobs she could do - provided that she could get a lift to work or lives in a place where public transit exists.

And this is where we get to the social model of disability. Schuyler's future work life is only partly dependent on her intellectual disability or her medical issues. How well she can function in society depends on society giving her the tools she needs, like a way to get to her workplace given that she's not allowed to drive. Disabled people can only contribute to society if they can get into society! Leave them trapped in their houses and sure, they're going to be a burden.

Look, I totally understand that the education budget only has so much money available, and that it has to be split up somehow. I also agree - as a former gifted child - that gifted and talented kids have considerable educational needs and challenges which need to be met. Gifted kids need help to develop their critical thinking skills and to learn about bias. In our modern world it's important that they can learn which sources on the internet can be trusted, and to what extent. And we need to be given appropriate level schoolwork so that we are adequately challenged and not bored. Some of us, like my husband, have maturity issues which mean we won't succeed, despite our high IQ, until we are adults who want to learn.

But, as a former gifted child, I can also state without a doubt that you could round us up and put us in a library, and we'd come out okay. Not the very best we could be, but okay. Able to contribute to society in some way. Whereas kids with communication difficulties, social disabilities, specific learning disabilities, and intellectual disabilities absolutely need intervention as early as possible in order for them to develop into the best possible adults they can be.

And it makes me angry when people try to deny them that.