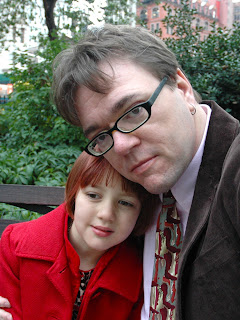 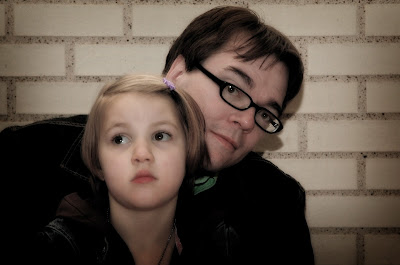 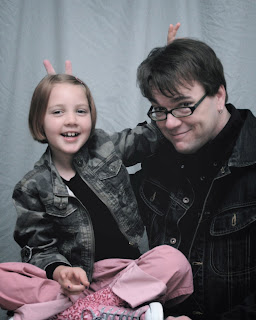 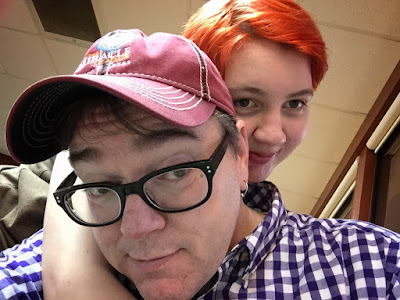 Thank you for sharing this. I've been following your blog for years now. You, and your relationship with Schuyler, often remind me of my own dad (and me). He struggled with depression during his life. In the years since he passed away I have thought a lot about our relationship, how it has helped shape me and how it will shape my parenting one day too. I think he would agree that the greatest thing he ever did was love me and my sister, and I could never doubt for a second that he loved us more than anything else in the world. That is what I want for my kids one day. I think it's the best parenting goal there is. I'm happy for Schuyler, that she has her Daddy-O.

As I was thinking recently in another context*, a father's most important duty is making sure his children know that he loves them. If he fails that task, he fails at being a good father.

*The Marvel Cinematic Universe if you must know. Yes, I'm a fangirl, and proud of it!

I've been reading you for a long time too, Rob, from the time that Schuyler was a tiny baby. I'm sorry that you're going through this, but I think it's perfectly understandable. And yes, things will sort themselves out. They always do. Schuyler is a pretty lucky young lady to have you as her Daddy-O, and she knows it. Believe it.

My father is similarly my Daddio, and some similar things could be said about my relationship with him. I've never doubted that he loves me. He's troubled at times, and he did lie about that when I was younger and it's been difficult to forgive, but when it was finally explained as a young adult during a bad episode, it made so many hurtful moments make so much more sense and helped me understand who he is and what he's dealing with. Your honesty with your child about your depression is a gift. It will help her deal with her own if it should come to pass. There's so much value in not feeling like you're the first to struggle with something. There's also value in her knowing that she can help you. Keep on keeping on, Daddy-o.

Thanks for the post. I wanted to share my feelings on Raising a Child With Special Needs. https://www.linkedin.com/pulse/raising-child-special-needs-one-dads-perspective-mike-cook

This is so beautiful, as are you and Schuyler, individually and together. My heart just grew a size bigger.