The High School Chapter, Page One

Schuyler started her summer band camp this morning, so I guess this is sort of the unofficial beginning of her high school years. Two weeks of 7am-to-noon rehearsals, a week of evening practices, and then ninth grade classes begin for real. I remember my own high school days, of marching band practice beginning in August, under a hot West Texas sun. It sounds miserable, and it was. It was also kind of glorious. In a weird way, I envy her, although it must be said, I also predict I'll be back in bed by 7:30. 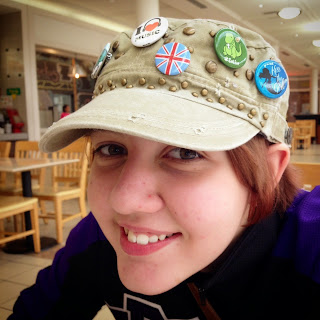 Email ThisBlogThis!Share to TwitterShare to FacebookShare to Pinterest
Labels: my big opinions, nowhere near holland, schuyler, support for special needs

It's striking to see how Schulyer's schooling has come full circle from self contained classroom to mainstream and back. I don't think school districts are putting in the effort to make inclusion actually happen -- kids get left to sink, not taught to swim. My son crashed and burned by fall of first grade in a mainstream classroom (supposedly with "supports"). He's doing so much better in a non-public school, in a class of 10 others with similar issues (1 teacher, 4 aides). I wish a "reverse inclusion" class were available, something like 15 kids where half had issues and half were neurotypical, but sadly it seems that only the two extremes of full mainstream and mostly segregated (with just "band" or "gym" being the inclusion) seem to be the only options.