This is Serious Rob.
Originally uploaded by Citizen Rob
I've been somewhat absent from most of the online world for a short time now, and I guess I ought to post something about that. Not a word of explanation so much, because I'm not sure I can explain it this time more than any other. Really, I guess what I'm asking for is a bit of your indulgence.

For some reasons which are external but others no doubt on account of a familiar, tiny but reckless monster of my own, I am finding myself in kind of a dark place. If you've read my book or even this blog (or its online journal forefathers), you know that it's not the first time. You also know that I'll work my way through it, and take care of my personal and professional responsibilities as I do so. I've negotiated these waters before, through much worse storms.

I'm not much of a fan of those weeping, self-indulgent, never-ending depression posts on some blogs, and I know how very little you'd enjoy reading that sort of thing here. So I'll simply say that if I seem scarce for a few days, I hope you'll keep the faith a bit longer and be here when I come back. Because I always come back, and I do so renewed. And often with an amusing beard to show for it.

Thank you. I love you all, and shame on me for not telling you that more often.
by Robert Hudson at 3:36 AM 74 comments: 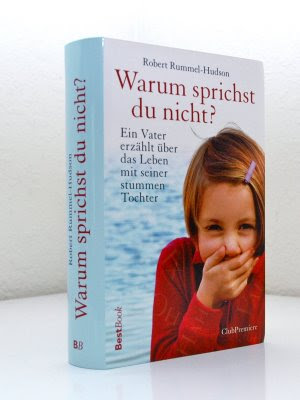 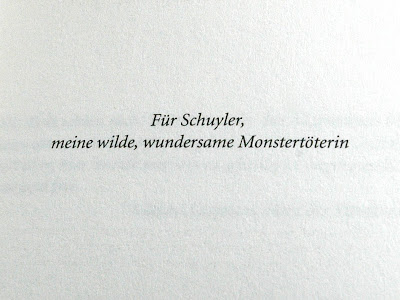 Email ThisBlogThis!Share to TwitterShare to FacebookShare to Pinterest
Labels: artsy fartsy, the book Trainspotting
Originally uploaded by Citizen Rob
Yes, I've been pretty invisible lately, sorry. Part of my absence has been a result of living inside my head lately and not really engaging with the world much. But mostly I've been quiet because, well, things have been quiet. Schuyler's out of summer school and in full-blown summer hobo mode, which she has certainly earned. I'm looking at writing projects, some of them new ideas and some of them things I've been kicking around in my head, but none of them ready for public discourse just yet. Given how fascinating it can be to endure the magical experience of writers writing about writing, that's probably just as well for all of you.

Summers are always a bit of a mixed bag for Schuyler. On one hand, she's built for summer. She could actually jump in the swimming pool first thing in the morning and spend the entire day in the water, and she would still offer petulant resistance if we told her it was time to go in at midnight. She doesn't burn, but instead turns a summer brown that is an alien concept to me, with my frighteningly white Gollum skin. She stays up too late, often watching inappropriate tv with me, and she sleeps late the next morning. She's a little girl in the summertime, and if she sometimes passes for neurotypical at school, during the summer she moves through that world with even less effort, like a Martian spy living undetected in our midst.

I exist in a constantly shifting state of trust and then suspicion where Schuyler is concerned. That's certainly nothing new. Last week, two days before Schuyler's summer program ended, I was sitting at my computer in the living room doing something unproductive and waiting for Schuyler's bus to bring her home. The bus was scheduled to arrive at 1:10 and had been consistently getting there at that time or maybe a few minutes earlier, aside from a few times it was late. The procedure was the same every day, as it needed to be. The bus arrived, I went outside and greeted Schuyler, the bus left. The driver released Schuyler to me. This is also the standard procedure, by the way, and not just for special needs kids. If you are willing to allow your kid to just be dropped off and left to their own devices, you have to sign a form stating such.

So you can imagine my surprise at 12:45 when I heard the front door open behind me. I assumed it was Julie coming home for lunch until I heard, "Hi Daddy!"

I think my face did that Japanese anime bugeye thing, accompanied no doubt by a loud "BOING!" sound, and I turned to see Schuyler walking in as if this was an everyday occurrence. I got up and went to the door in time to see the bus driving off. To be fair, it is entirely possible that the driver waited to make sure she actually got in the door, but I have no way of knowing either way.

It wasn't a tragedy. I was there, the door was unlocked, and it all worked out just fine. But what if I'd gotten caught in traffic and didn't happen to be home 25 minutes early? Schuyler doesn't have a key and doesn't have the dexterity or the hand strength to work the lock even if she did. Would she have sat outside the apartment in the 100+ degree Dallas heat? Would some kind neighbor have taken her in, no doubt calling the police or child protective services to come take her away? Or perhaps someone not so kindly would have taken her off our hands for us. Like any apartment complex even in the best of neighborhoods, we have a few lurking Boo Radleys wandering the parking lots.

It's something of an academic point since my paranoia guarantees that I would never be away from home in the hours before the bus dropped her off. But still. I sent an email to the school transportation director and got a phone call pretty quickly, and to his credit, he recognized how serious the mistake was and offered no excuses, only apologies. But it brought home to me just how much trust we as parents are expected to hand over to others in the course of our children's lives.

I recently read a cheerful little something on the New York Times Motherlode blog about parents and death. (I believe the discussion was sparked by the unknown fate of Michael Jackson's kids, because there is clearly no discussion being had anywhere in America that is not in some way about Michael Jackson.) It made me think about the discussions that we've had about what we would want to happen to Schuyler if the icy hand of mortality were to grab us both up at once. We have family members we trust, of course, but none of them live in places where the schools would be even adequate for her needs. We've even considered asking one of her teachers here in Plano to become her legal guardian in such an event so she could continue to go to school here. But how do you even have that conversation?